Police officers have taken over Shomolu area of Lagos State following a tragic cult war that has claimed lives.

Police officers in Lagos
Officers of the Rapid Response Squad stormed Shomolu area of Lagos, where two suspected cult leaders were killed in a fatal gang war.
11 suspects have so far been arrested while more are being invited for questioning, according to police report.
Suspects are assisting the police in more arrest with the aim of getting to the root of the clash.
Senior Police Officers who visited the scene yesterday include, Commander RRS, ACP Olatunji Disu, AC OPs, ACP Biodun Alamutu, Area Commander, Area H, ACP Miller Dantawaye among others. 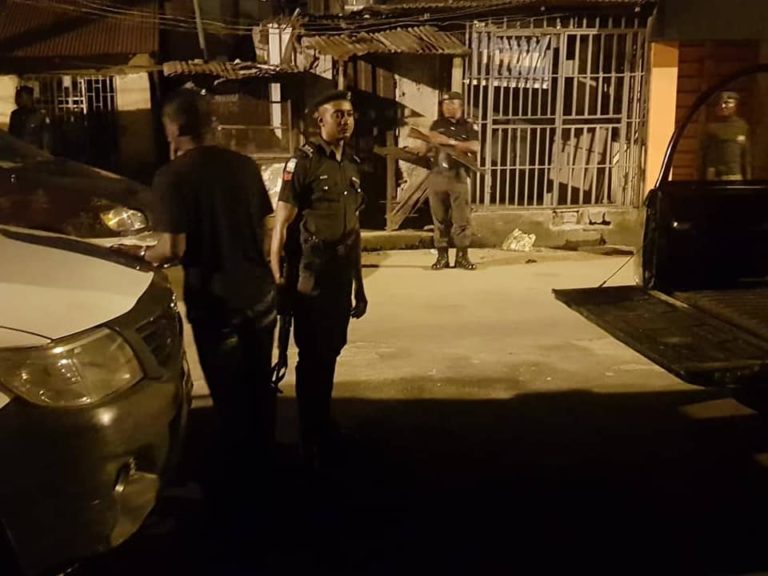 Notorious cultist and ex-convict, Ibrahim Oriyomi Balogun (AKA Small Jpron), whom the police have accused of carrying out multiple murders around Somolu and Bariga areas of Lagos, was killed in the clash.
Jpron, the leader of Eiye cult group, was reportedly killed, yesterday, in retaliation of the killing of one Solomon, said to the a member of Aiye cult. Jpron allegedly supervised the killing of Solo in Shomolu.