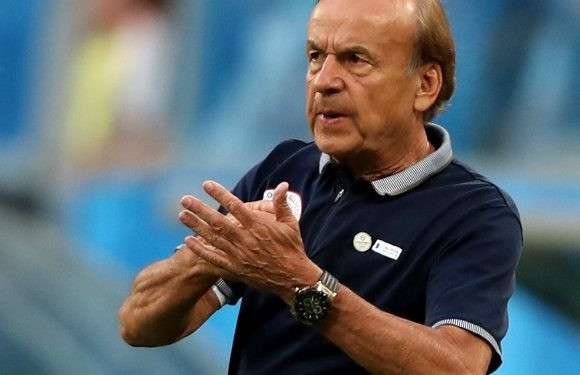 Super Eagles head coach, Gernot Rohr is not happy that Lagos was chosen as venue of his team’s 2022 FIFA World Cup qualifier group opener against Liberia this week.

Nigeria will host Liberia at the Teslim Balogun Stadium, Surulere, Lagos and Rohr says the pitch and traffic situation might make his players not achieve desired target of a win.

“We are happy to play in Lagos but there are two things that must be better. The first thing is for the traffic, we cannot spend one and half hour from the hotel to the stadium. It’s too long,” Rohr told Elegbete TV.

“We need better escorts, we need better organization and the roads are full. This is one problem. The other problem is infrastructure, they had a good work on it but it’s not yet on a higher international level.

According to Rohr, the Godswill Akpabio stadium in Uyo is the best pitch in the country.

Rohr became the world’s 24th highest paid coach from all 32 coaches that handled teams in Russia 2018 after extending bus contract in 2019.