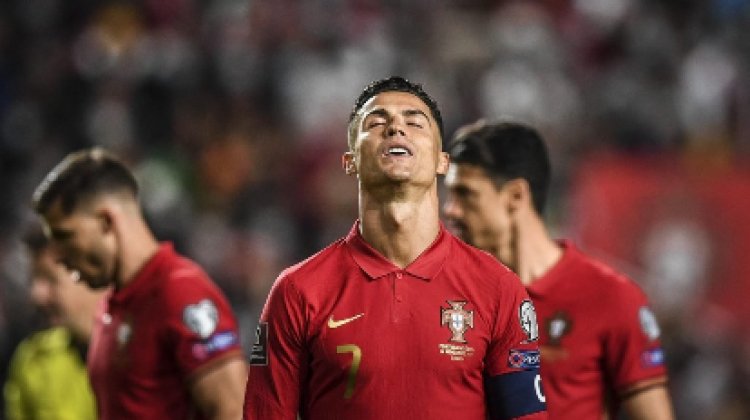 Manchester United star man, Cristiano Ronaldo has insisted that Portugal are in their ‘rightful place’ after his country booked their spot at the 2022 World Cup.

Having seen Italy suffer a shock defeat to North Macedonia last week to miss out on an appearance in Qatar, Portugal were keen to avoid following the same fate.

Portugal overcame Turkey 3-1 on Thursday to set up a meeting with North Macedonia this evening and Bruno Fernandes’ brace ensured a 2-0 win to qualify for the World Cup later this year.

“Thank you to all the Portuguese for the tireless support! Força Portugal!” He added.

Victory for Portugal means they’ve now qualified for their sixth World Cup in a row and 37-year-old Ronaldo now looks set to be going to the tournament for a fifth and potentially final time when it kicks off in November.

Portugal boss, Fernando Santos has already guided his team to Euro 2016 and 2019 Nations League glory and will now hope to add to his impressive trophy haul at the World Cup.

“I have already won two competitions and I hope I can win the third one in Qatar.

There was a spirit of mutual help and great support from the public.

“It was a deserved and fair win and qualification. I don’t remember any great goalscoring situations for their team,” he said.

Portugal will likely be among the top seeds when the official World Cup draw is made on Friday.

While the likes of Ronaldo and Fernandes carried their team to victory tonight by combining for the opener, the latter insisted ensuring the country qualified was the most important factor.

“The most important thing is that Portugal won,” Fernandes said.

“Everyone has ambition, Cristiano and I are no exception. Usually he scores and I assist, but today it was the other way around.

“I keep in mind our coach’s ideas and that’s probably why I’ve scored this double, from doing what the coach asks of me,” he noted.