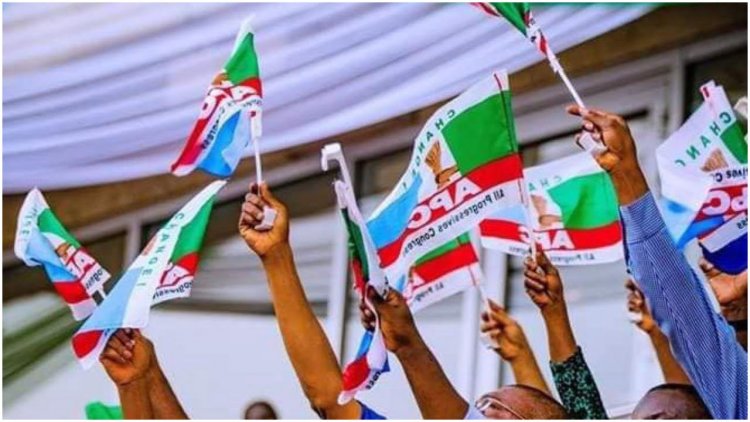 The All Progressives Congress, APC, has set eyes on Abia, Anambra and Enugu States ahead of the 2023 general elections.

The APC is now boasting that it would record at least 70 percent success in the forthcoming 2023 polls.

This was the resolution of the South-East APC at its first Zonal Executive Committee meeting, which was held in Enugu yesterday.

The Zone, under the leadership of its National Vice Chairman, Dr. Ijeomah Arodiogbu, announced its desire to record immense electoral success at the forthcoming polls, with the fielding of credible candidates for all positions during the general elections.

They announced commencement of consultations with numerous party stakeholders across the States, as well as sensitization programmes.

“One plank of such a sensitization programme would be the training of party executives from the State Working Committee down to the wards in order to bring a number of these party executives up to speed on present day party management techniques, as well as the setting up of a Think-Tank at the Zonal level to develop the content and manuals for such training programmes,” he said.

On its identification of Abia, Anambra and Enugu as critical States, the Zone noted in its resolution that since these States were presently without sitting APC governors, the task of ensuring that they come under the APC would require strategic planning as well as the identification of the party’s strength and weaknesses within the various states.

On discipline, the zone stated that it stood with the decision of the National Working Committee, NWC, of the party which, had asked all aggrieved persons to withdraw their cases from the courts.

It beckoned on all the members from the zone to comply with the directive.

Any attempt to zone APC presidential ticket to north, suicide...