2023: Atiku not against you – Fayose tells Wike amid PDP crisis 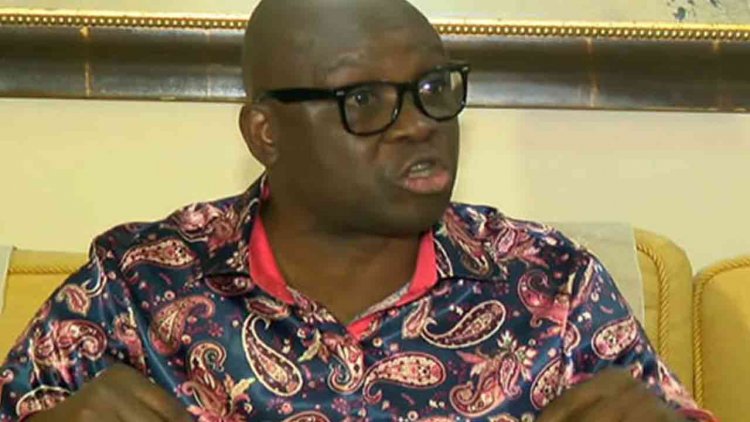 Former Governor of Ekiti State, Ayo Fayose, has commented on the crisis within the Peoples Democratic Party (PDP), insisting that the presidential flagbearer of the party, Alhaji Atiku Abubakar, is not against Rivers State Governor, Nyesom Wike.

PDP has been witnessing a crisis since the emergence of Atiku as its 2023 presidential candidate.

The party erupted into crisis when Atiku picked Governor Ifeanyi Okowa of Delta State as his running mate for next year’s election.

Wike has been aggrieved with PDP’s leadership over Atiku’s choice of a running mate.

Following his action, Wike called for the resignation of Iyorchia Ayu, the party’s National Chairman.

The governor noted that the North could not produce PDP’s presidential candidate and the National Chairman.

However, Fayose insisted that the supposed feud between the two men was propelled by enemies wanting friction in the party, maintaining that Atiku and Wike are in no way against each other.

Fayose stated this during the commissioning of the Obuama Community Secondary School in Rivers State on Friday.

“There is no living being within this party and outside this party that will not acknowledge your contribution to this party. You’re the soul of this party even till now, what you do, how many people do it.

He added, “I believe the needful will be done because winning an election is all that matters. Wike hasn’t come out to say that Atiku Abubakar isn’t the presidential candidate.

“I was there the second day after the election when our candidate, the former Vice President, visited the house, the residence of Governor Wike and we had mutual conversations; we were all happy. Everything was in place to move forward. I spoke at that meeting, but we don’t want to aggravate this situation.”

Enugu 2023: We won’t repeat mistakes of those before us – Nwodo

2023 presidency: It’s injustice for South-East not to produce...