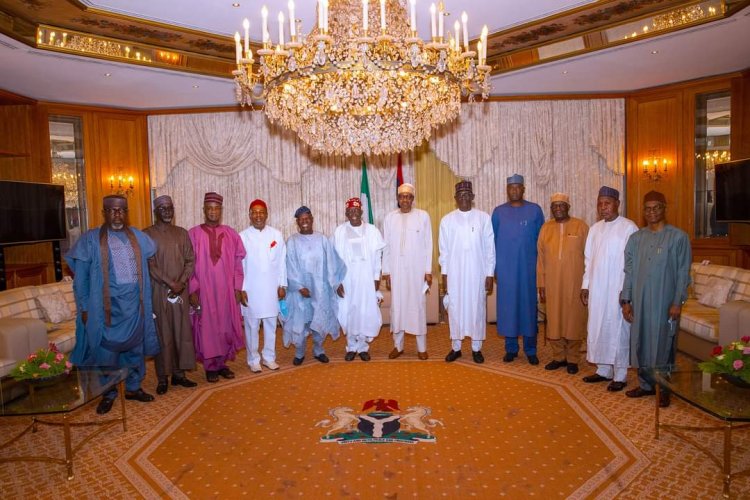 President Muhammadu Buhari, on Thursday, hosted the founding members of the All Progressives Congress (APC) ahead of the 2023 political season.

The parley was held at the Presidential Villa in Abuja, the nation’s capital.

Buhari met the leaders at the State House ahead of Saturday’s national convention.

Ambode should learn from Obaseki, godfathers can be unseated...