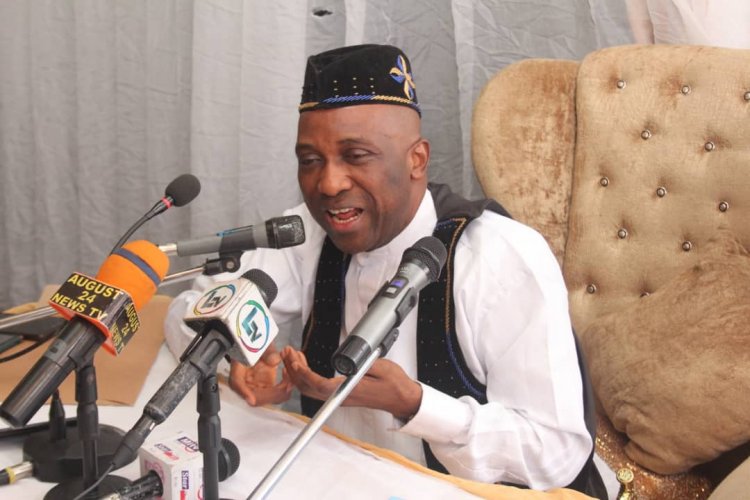 The Leader Of INRI Evangelical Spiritual Church, Primate Elijah Ayodele, has said the 2023 presidential election is between the Labour Party, LP, candidate, Peter Obi, and his counterpart from the Peoples Democratic Party, PDP, Atiku Abubakar.

This was as Primate Ayodele declared that the All Progressives Congress, APC, presidential candidate, Bola Tinubu, was out of the struggle for the 2023 presidential election.

Speaking with DAILY POST, Ayodele noted that God would decide who becomes the next president of Nigeria.

He stressed that God would not look at any religion or zone in deciding Nigeria’s next president.

According to Ayodele: “2023 is between Peter Obi and Atiku; they are the ones struggling for it. I don’t see Tinubu getting anywhere. These are the two people seriously struggling for the 2023 election.

“Nigerians must be careful with the 2023 elections because anything can happen; the election may cause problems or chaos, and it’s more sensitive than what we have seen before.

“God is not looking at religion or any zone, and he does not want a Muslim-Muslim ticket. God will pick between these two candidates that are struggling; it’s a big struggle. The struggle as it is now is between Obi and Atiku.

“Nigeria is going to be better but not total; Nigeria is damaged, and they will only get to put it back. The next government would be better than the previous one.

“People will come out en mass to vote BVAS will be a major problem and INEC must work on it, INEC doesn’t want to do rig. It’s going to be a very credible election, but there may be some fighting, however, the election will not be a usual election.”