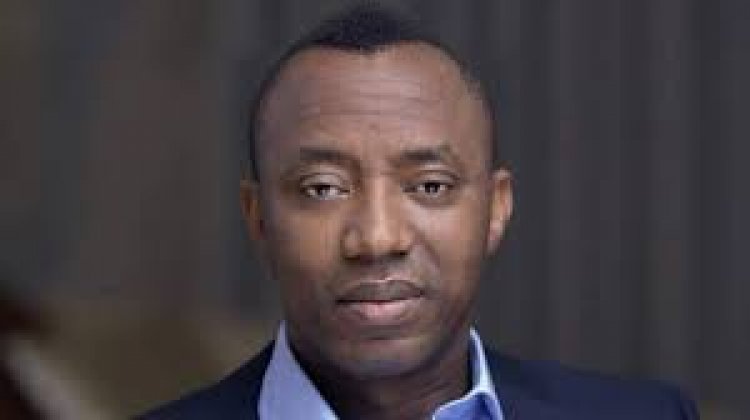 A presidential aspirant of the African Action Congress and publisher of online news platform, Sahara Reporters, Mr. Omoyele Sowore, on Saturday, arrived at his home-state, Ondo, through the Akure Local Airport, to continue consultation ahead of the 2023 general election.

It was the first time the Ondo-born pro-democracy activist would be visiting the state since the President, Major General Muhammadu Buhari (retd.) regime restricted him to the Federal Capital Territory, Abuja, over the #RevolutionNow protests in 2019.

Sowore, who spoke to pressmen during his arrival, said his arrest was a waste of time and government resources because he was fighting for justice.

He also stated that he was to visit his hometown, Kiribo.

He said, “I am excited and very happy to be going back to my homeland, Ondo State, and I will be going to my village, Kiribo, in Else-Odo local government. Before my arrest in 2019, I said it was a waste of time to arrest me. No law court can find a justifiable reason to jail anyone that is fighting for justice because my country needs justice and I only stepped to the frontline to fight for what is just and right.

“Three years later, I’ve been proven right. It should also be known that they’ve inflicted so much injuries on myself and my family. Since I was restricted to Abuja, my younger brother was killed along the Benin-Ore way, my mother has been ill, and I’ve not been able to see my wife and children.

“However, there’s nothing that they have done that had broken me. I’ve only become stronger, and I’m glad that our people have remained steadfast over the years. Those who took me to Abuja, including the DSS, have now been disgraced, and they’ll soon be out of power, as we are coming in very soon. The Sowore whom they thought they could cow in 2019 have become stronger, bigger, and more powerful, and the young people that we have been fighting for have become bolder.

“The #EndSARS protests came as a result of some of the activities that we undertook before I was arrested, and I was coordinating the people even while I was in detention. It is now the right time to challenge those in power and bring fresh ideas and initiatives that can change the narrative of Nigeria for the better. For the people of Ondo State, and those who might not have heard, Sowore is going to be the next President of the federal republic of Nigeria.

“The end of APC and PDP has come. I traveled on this flight with former governor Ayo Fayose, ex-governor Olusegun Mimiko was also on another flight that arrived at about the same time as mine, but the interesting thing is that, in the past, these men were usually welcomed by a large crowd and security operatives whenever they arrived this airport, but today they have become loners because they did nothing for their people when they were in power. However, the time to do for the people has arrived, and it is time for our country, Nigeria, to work for the Nigerian people.”

2023: I governed Rivers during militant era, am most qualified...

2023: We have valid guber candidate in Delta – PDP