Actor Emeka Amakeze has responded to a Twitter user who shared a highly misogynistic tweet. @AromaJon wrote 'As a High value man you owe no woman fidelity, not even your wife. 'As a High value man you owe no woman fidelity, not even your wife. SHe made the most of her prime, so itâ€™s only fair you enjoy your prime years too. Moreover you married/bought her, she didnâ€™t marry you. A pet cannot be demanding loyalty and allegiance from itâ€™s owner.'

Emeka saw the tweet and found it distasteful. Responding, he wrote

'I might not have a name for whatever is wrong with you but I am certain that it is highly complicated. Urgent medical attention is advised.' 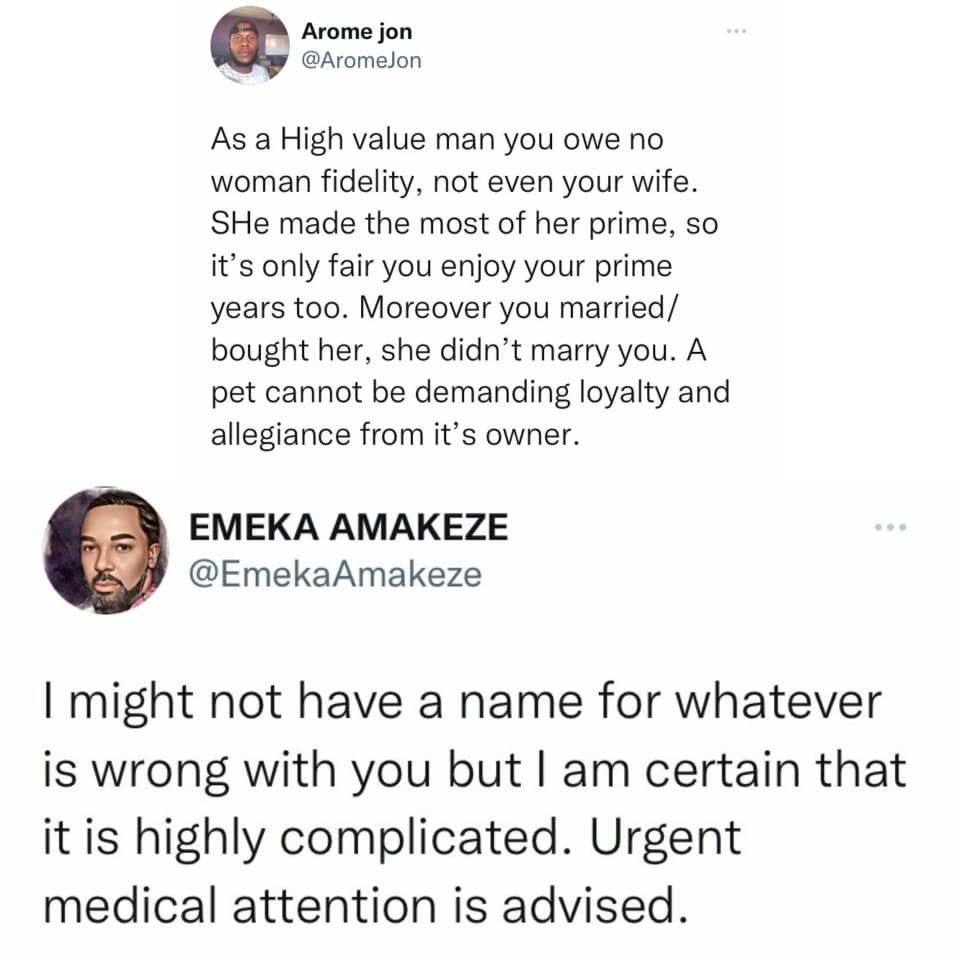 Football club Belenenses is hit by 13 cases of Omicron after player returns from...

Why do some people hate pastors and ministers of God despite the good things they...

Whitemoney goes on his knees to thank God after flying...

Comedian, Arole, laments about the rising cost of food...

Instagram comedian, Isbae U confirms he is Dating Colleague...