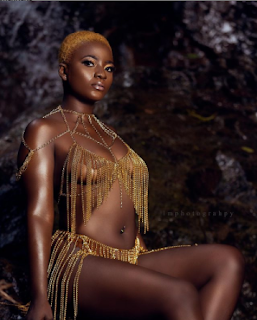 Ahuofe Patri has broken the internet on a Sunday afternoon with a wild photo of herself on Instagram.

Born Priscilla Opoku Agyeman, the actress in a risque picture has got people bumping heads.

The Ghanaian actress who hit the limelight after the success of the Adventures of Kalybos comedy skits gave cybernauts something to see and talk about.

From the picture posted on her Instagram, the endowed young lady put her curves and melons on display as she posed in an exposing outfit.

Her post captioned ”It’s a beautiful day ?. #babygirl” attracted several comments from fans and celebrities alike, with the likes of Sister Derby and Kalybos all commenting on the post.

The post certainly caught Sister Derby off guard as she commented, ”We were not ready!” 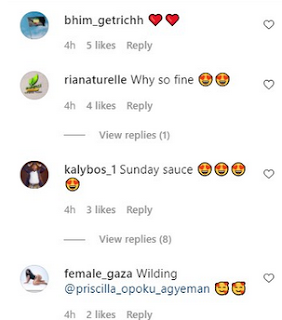