MC Fish, the husband of actress Anita Joseph, has clapped back at actor Uche Maduagwu who earlier today berated the couple for sharing an intimate video of themselves on social media.

Uche in his call out post, asked the couple to stop behaving like ”small pikin” and also exhibit some level of maturity. He also asked MC Fish to act like he is the man of the house. 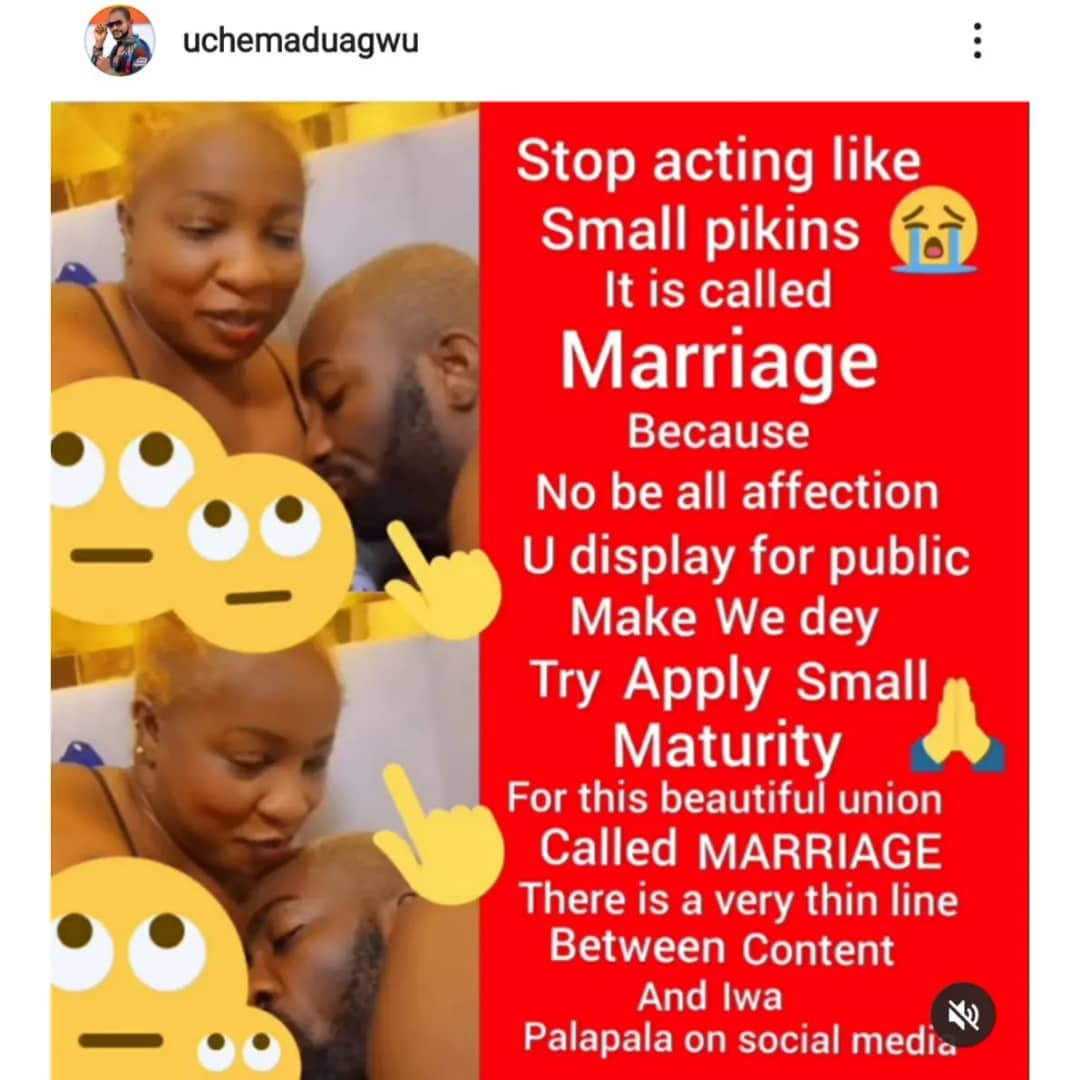 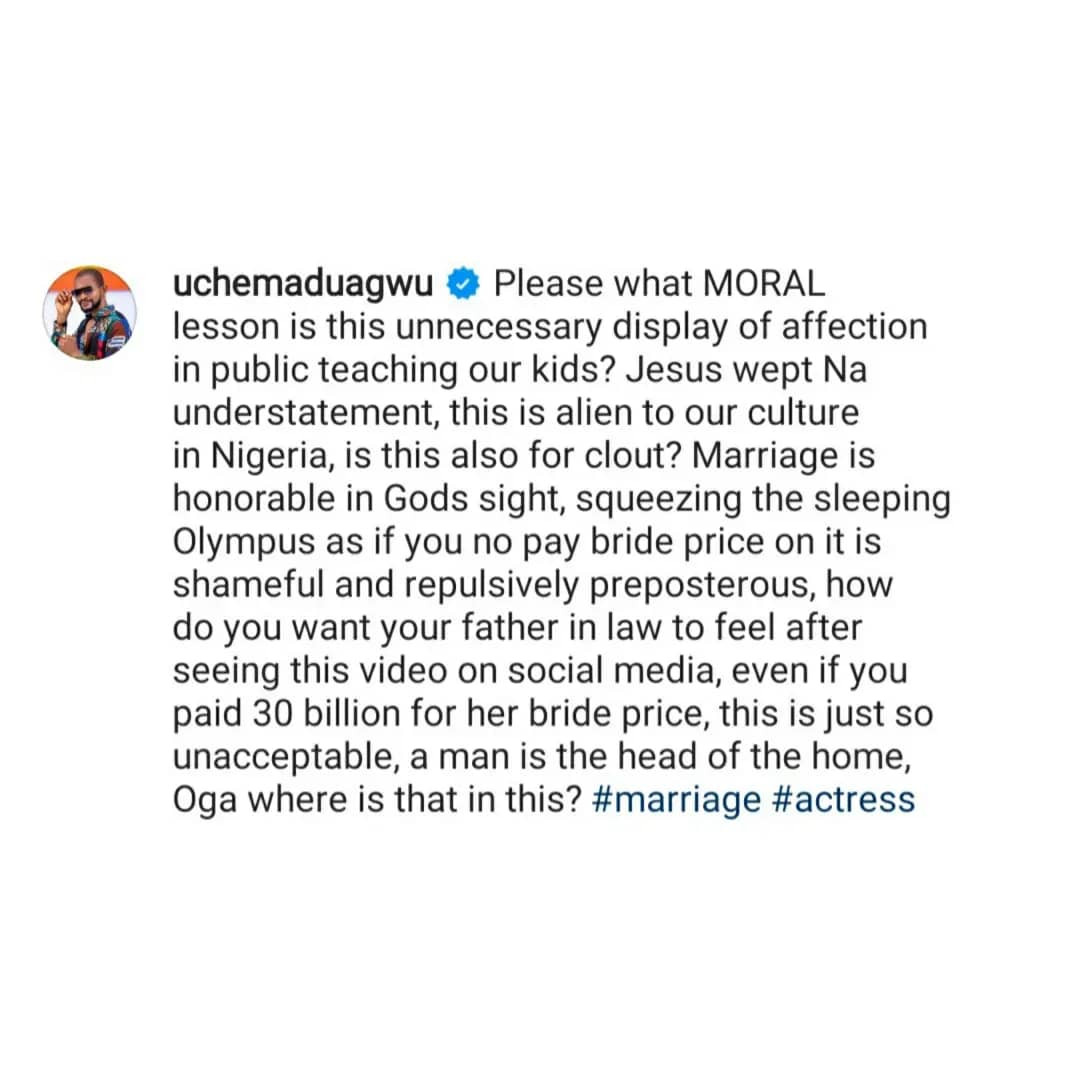 MC Fish has now responded to Uche. In a post shared on his Instagram page, MC Fish asked the actor to focus on his ‘red bra’ and career, let him (mc fish) focus on his marriage. He futher stated that a man who adorns female underwear and is confused about his sexuality is the one who is giving him advice about marriage. 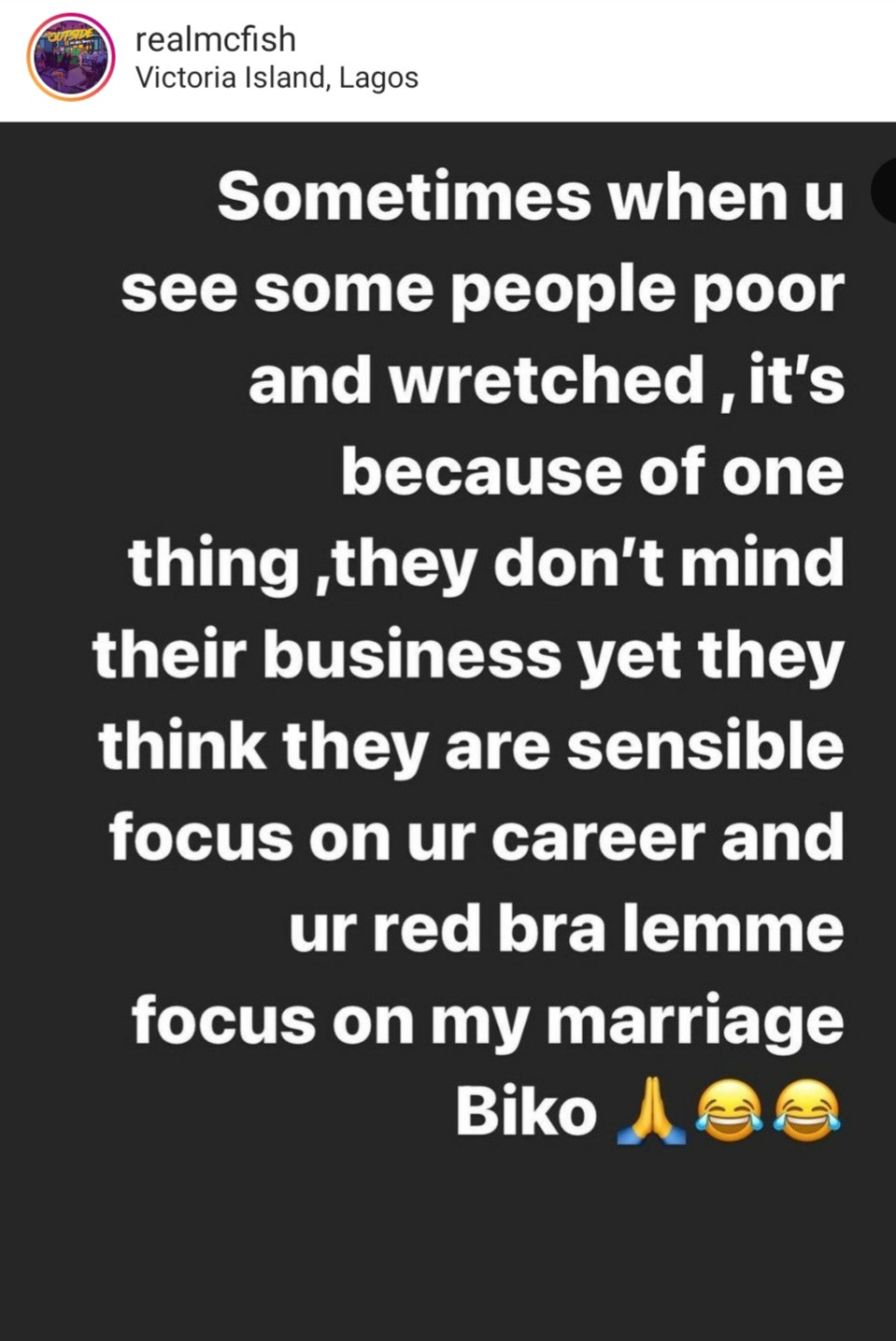 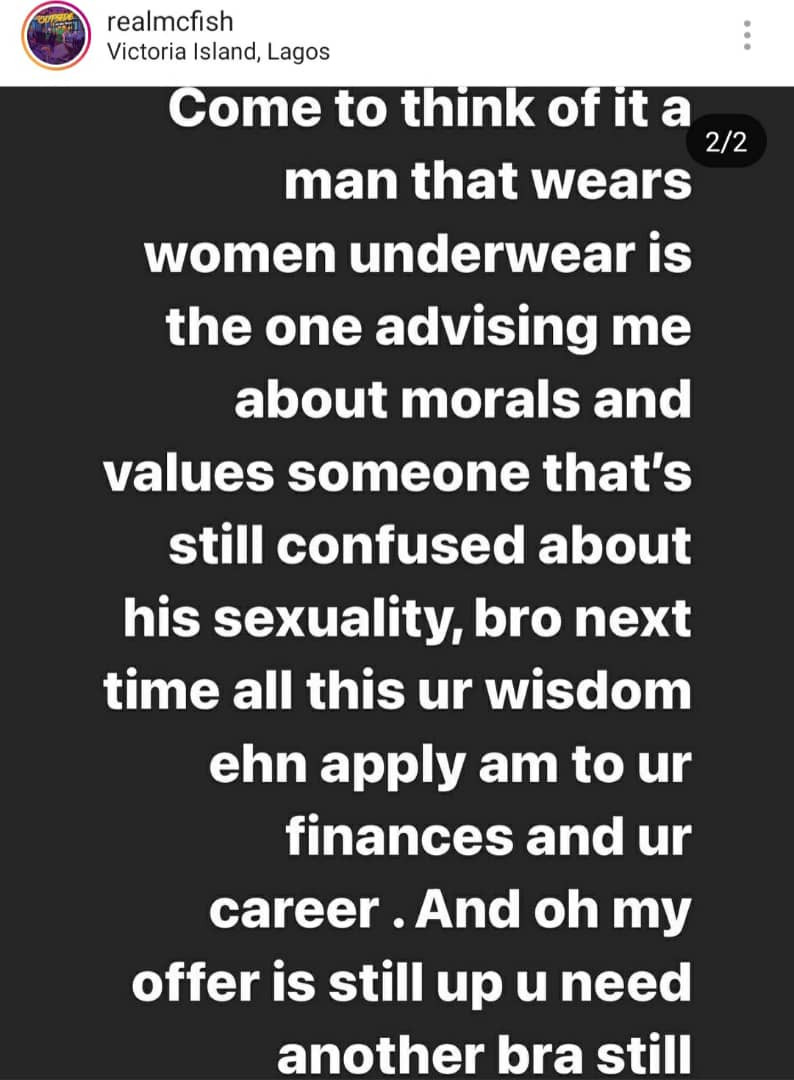 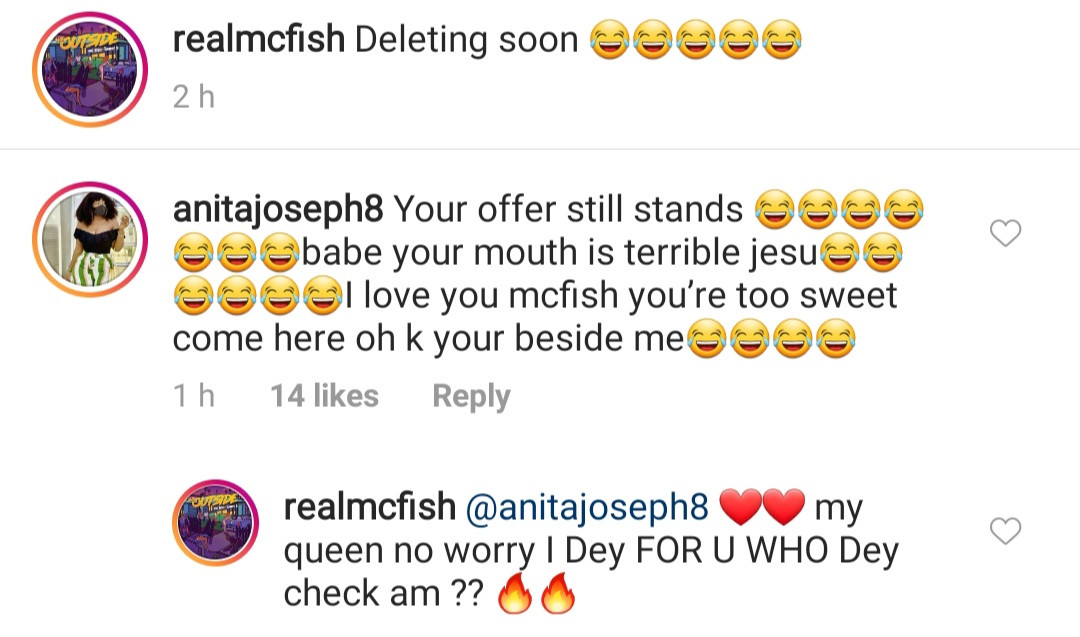