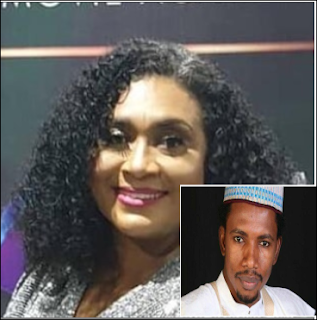 Veteran actress Hilda Dokubo is so vexed with the appointment of Senator Elisha Abbo as a patron of AGN that she took to Instagram to call on the stakeholders of the Actors Guild of Nigeria to join voices to ensure that he is removed as Patron.

”When you appoint a patron, it is because there is something that you want to gain and leverage on, so it can be financial gain, moral gain or in the case of a guild, brand gain.

Who remembers that senator from Adamawa state, the one who was found in a sex toy shop, who slapped the owner of the shop, and was threatening her with his police and ranting?

You remember the one where people had to go on social media to call for justice? Yes!!! that one.. before he got arrested and was sued to court, blah blah blah….

Then he came up with this pseudo-apology where he was miming an apology because no one ever apologizes reading from a sheet of paper.

Yes that one! Senator Elisha Abbo..

So this last week, the Actors Guild of Nigeria had an investiture on patrons and the unveiling of our dream secretariat.

When I was going through the pictures and videos, then I saw this short arm sticking out on the line of patrons. A pound of flesh with no brain in the form of human standing on that line.

Like how, how did we get there, how did he get on that line? The man has the shittiest reputation that I can think of, no character whatsoever.
Okay is it money that we want, who was he before he became senator, we want him to give us money that he cannot explain how he got?

How did he get on the line to be a patron to an organization that has people like me? That’s not possible, we cannot have an abuser of women as patron of Actors Guild of Nigeria, that is just not possible.

How did you not know that putting something that ugly in the midst of that beauty will mess up the whole space?

Looking at that picture, it was so annoying and disgusting I felt like throwing up.

You know what, let’s cut the crap.

However he got on that line, get him out of that list, he does not qualify to be a patron of an organization whose responsibility is to educate, entertain and motivate into positive action. Hell no!! Get him out.

I am therefore calling on all right thinking, mentally balanced, honourable male and female members of the AGN to stand up and reject Elisha Abbo as patron of the AGN.

My name is Hilda Dokubo and I am not going to have an abuser serve as patron in an organization that I belong”.