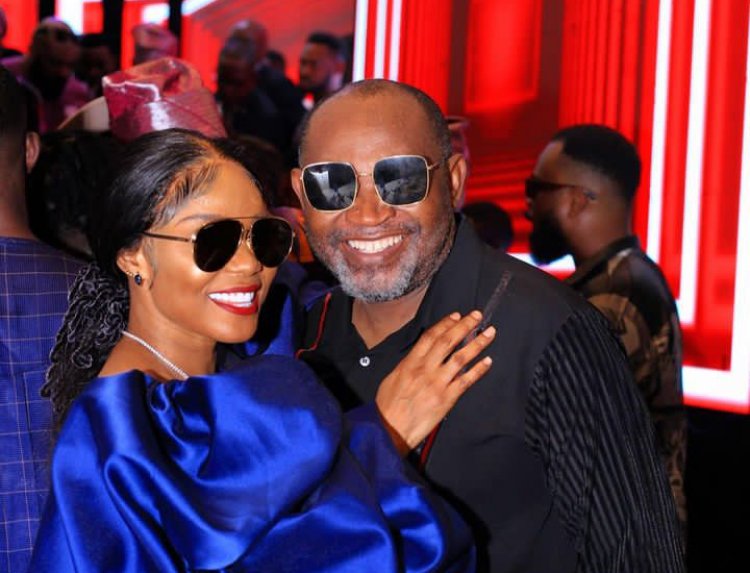 Nollywood actress, Iyabo Ojo, on Wednesday, clocked 45 years and to commemorate her special day, the actress also unveiled her lover to the public.

In her birthday post, Ojo revealed that the Chief Executive Officer of Upfront and Personal Management, Paul Okoye, popularly knows as Paulo, was her lover.

Prior to her announcement, the actress had hinted at dating an Igbo man and had promised to unveil him when the time was right.

It appeared to be the right time on her 45th birthday as she shared an Instagram reel with videos and pictures of herself and Paulo.

In the caption, she referred to Paulo as Obi’m, which is loosely translated as ‘my heart’ in Igbo language

Paulo also took to his Instagram page to celebrate his lover whom he described as ‘Ezenwanyi’, meaning ‘Queen of all women’ in Igbo language.

Paulo is popular in the Nigerian showbiz scene as he manages popular entertainers like Big Brother Naija’s Maria Chike, Kizz Daniel, amongst others.

He is also the convener of the popular One Africa Music Fest, an annual event that celebrates Afrobeats. He also promotes shows for popular Nigerian singers.

Ojo, on her part, is the mother of two children, Festus and Priscilla, whom she had with her ex-husband, Ademidun Ojo, before their divorce in 2001.

After her short-lived marriage which lasted for only three years, Iyabo Ojo had been saddled with the responsibility of taking care of her two children.

Actress Iyabo Ojo shows off her boyfriend, Paulo, as she celebrates her 45th birthday

Rapper Kanye West no longer a billionaire after Adidas...