Iyabo Oko was declared dead hours ago by her daughter but the veteran actress has reportedly come back to life.

The actress who had been bedridden for close to five years was “confirmed dead” on Wednesday night, January 5.

The daughter of the 61-year-old actress announced her mother’s “death” and further revealed that her mother was diagnosed with ischaemic stroke about five years ago but chose to keep her health issues away from the public.

“My mum is gone,” Bisi Aisha announced her mum’s “death” with crying emoji.

Actress Foluke Daramola Salako and others in the industry took to social media to mourn the actress. 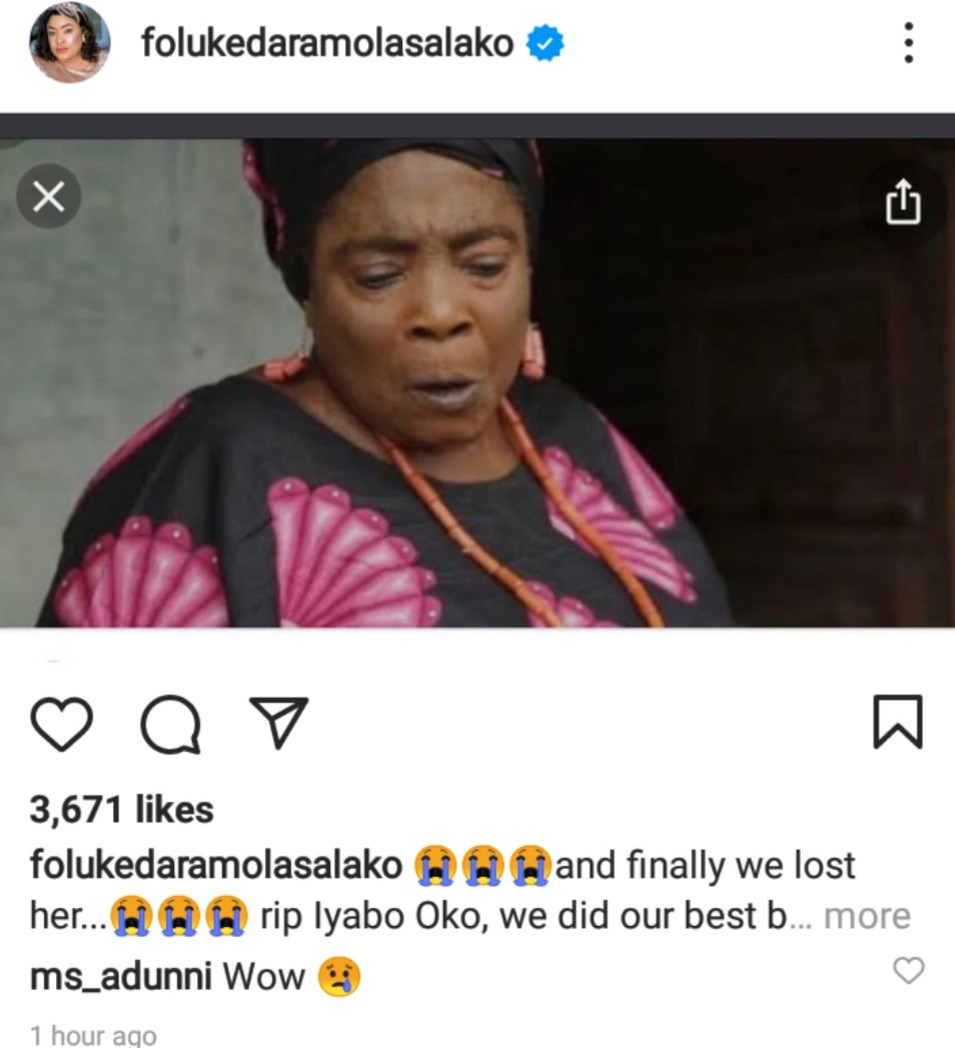 However,  hours later, her daughter returned to social media to say that the actress has shown signs of life again. 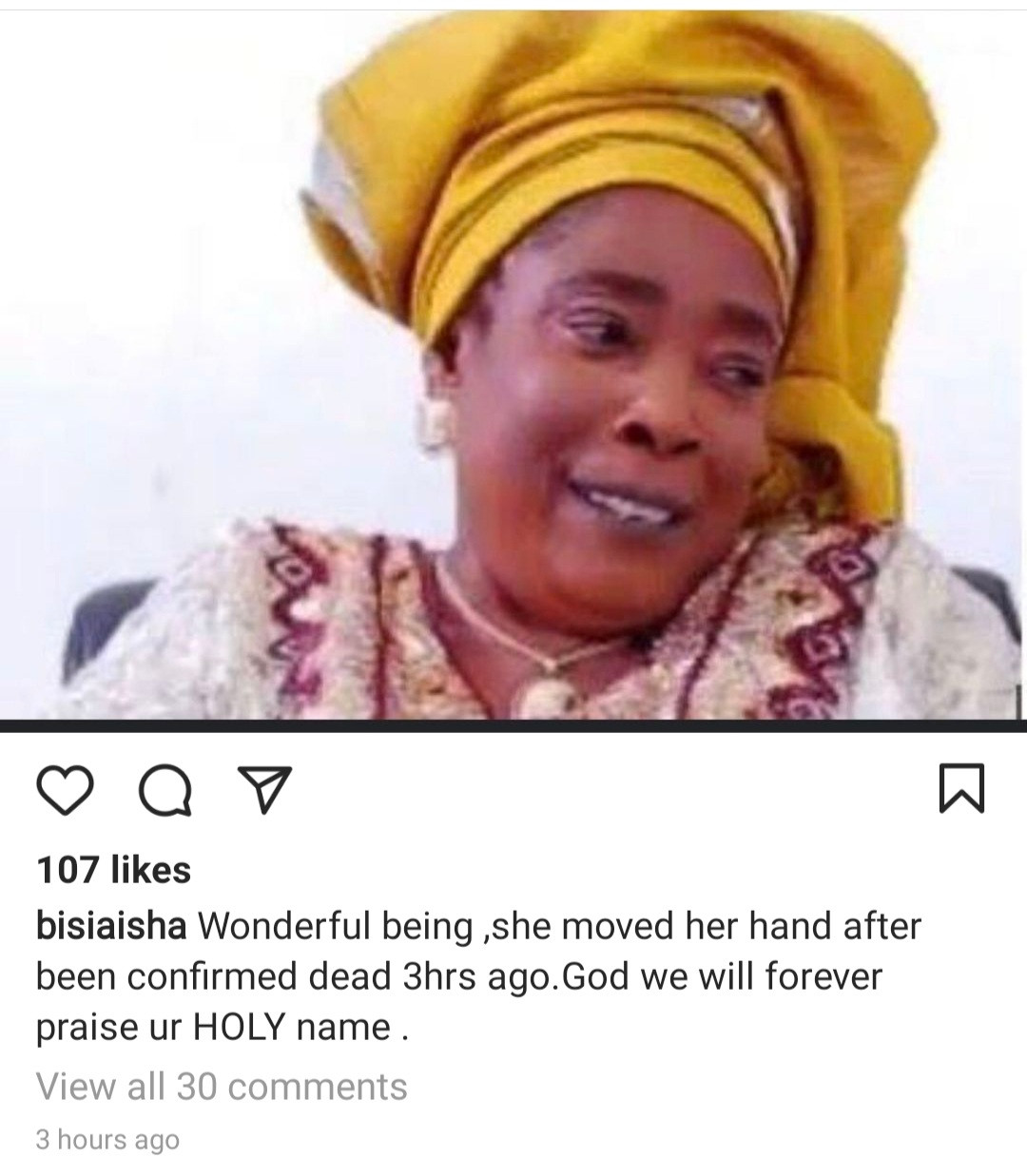 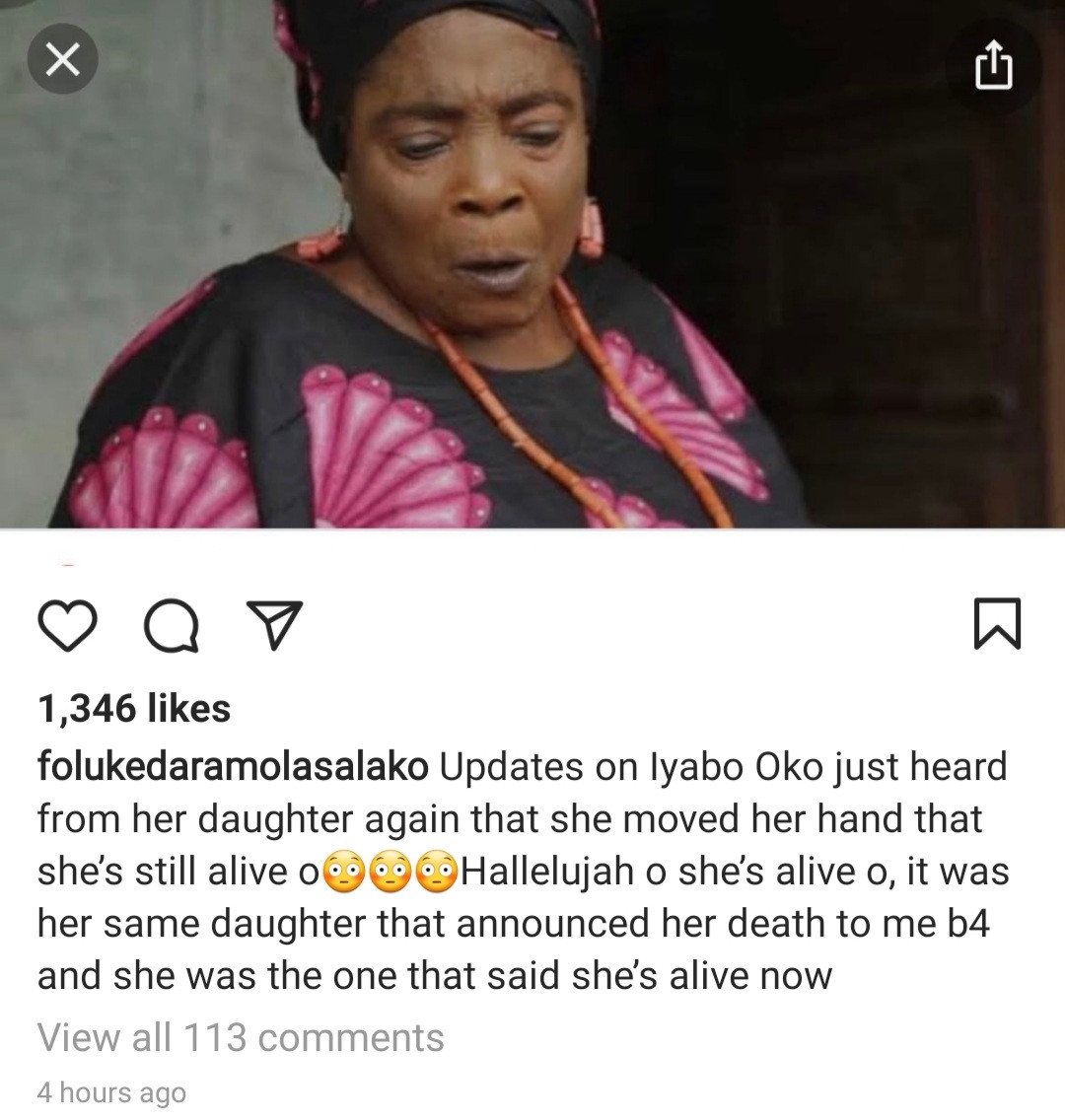