Hollywood actress, Mena Suvari,42 has recalled the moment she had with actor Kevin Spacey, 61 on the set of the 1999 movie “American Beauty.”

Mena appeared alongside Spacey in the Oscar-winning hit film (pictured above) and says during shooting she had a ‘weird’ moment with him she dismissed at the time only to reconsider it after recent sexual misconduct allegations were leveled against him. 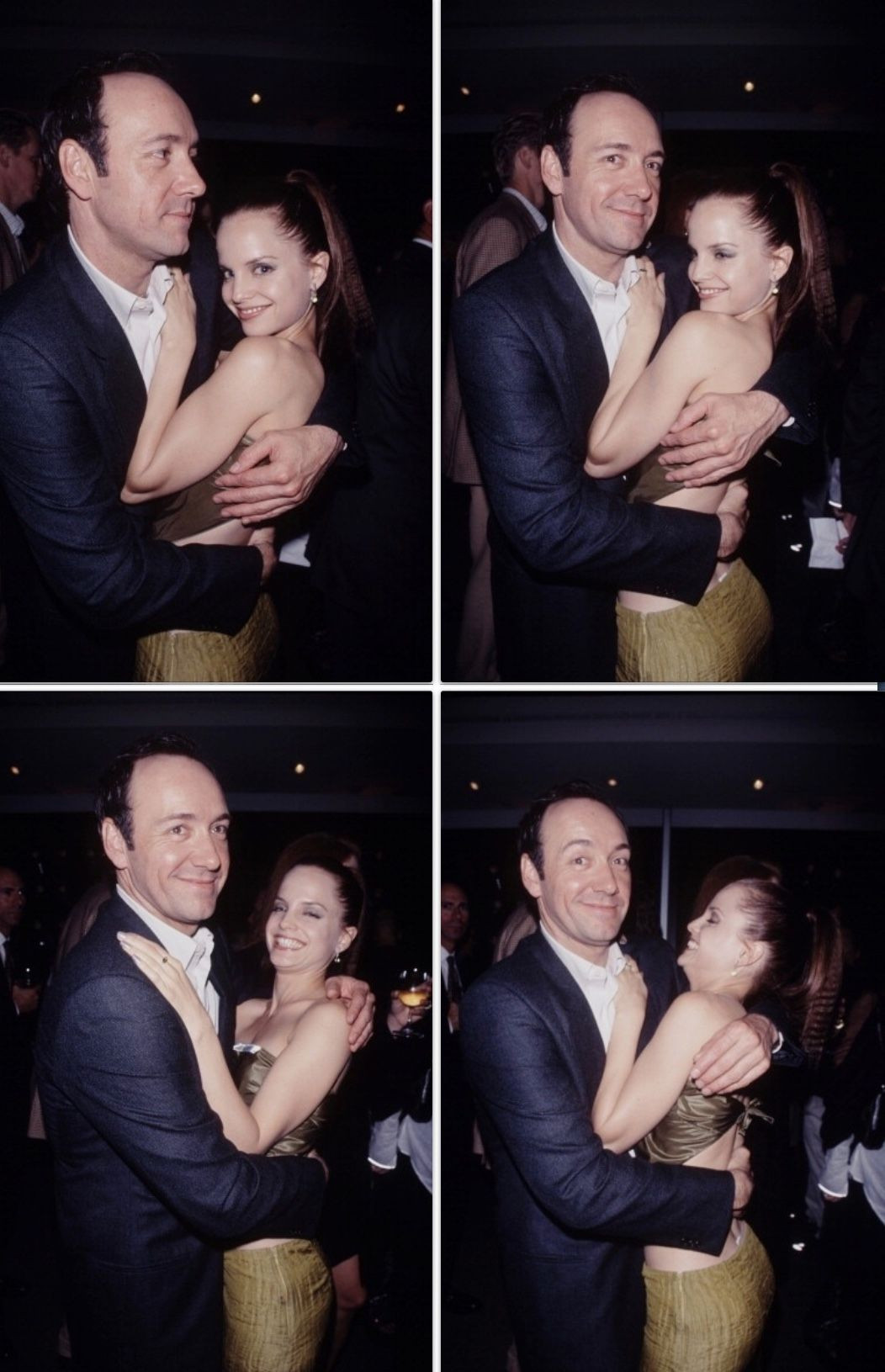 Speaking to People, Suvari explained that she “trusted” the veteran actor throughout the filming of “American Beauty,” which caused her to not think twice about the day he told her to go into a side room with him to prepare for an intimate scene they had together. She explained that he had them lay on a bed “very close to one another” while he gently held her.

“It was very peaceful but weird and unusual,” she explained.

Her allegations come after Anthony Rapp’s accusations that Spacey was inappropriate with him when he was underage as well as allegations from other accusers.

“My heart goes out to anyone who suffers abuse,” she adds.