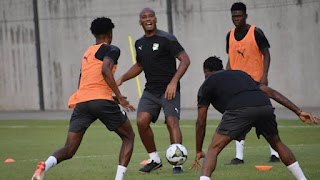 Chelsea legend Didier Drogba has revealed why he visited Ivory Coast’s training camp ahead of their second Africa Cup of Nations Group E contest against Sierra Leone on Sunday.

The 43-year-old visited the Elephants camp in Douala, Cameroon, and went further to train with the side at Annex of the Reunification Stadium.