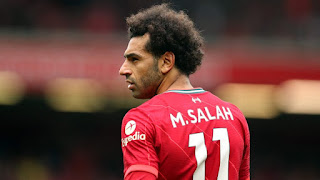 Nigeria caretaker coach Augustine Eguavoen has revealed how his charges managed to stop Egypt dangerman captain Mohamed Salah from causing havoc in their recent 1-0 win in the Africa Cup of Nations (Afcon) assignment.

The Super Eagles came into the match on Tuesday as underdogs, but a Kelechi Iheanacho strike decided the encounter. The Pharaohs had hoped their skipper would carry his club form to the national team, but he ended up struggling.