Interim coach of Super Eagles, Augustine Eguavoen has revealed that former Arsenal star, Semi Ajayi, is eager to play for Nigeria at the 2021 Africa Cup of Nations, AFCON, in Cameroon. Eguavoen said that Ajayi, who currently plays for West Brom, jumped at the opportunity to play for Nigeria at the 2021 AFCON. According to him, the 28-year-old was considered for selection because he was selected by former Super Eagles manager Gernot Rohr in the provisional squad list submitted to the Confederation of African Football, CAF. â€œSemi Ajayi, obviously he was not on the 28-man list, but he was on the alternate list. Kevin Akpoguma was on the alternate list, Onyekuru and co,â€ Eguavoen told NFF TV. â€œAnd then we reached out to Semi, he jumped at it. I think that is the spirit we want because itâ€™s not a right for everybody to coach and play for Nigeria, itâ€™s a privilege. â€œIf it is not coming, we have to take it, if it comes, you have to grab it so thatâ€™s where we are. â€œWe are expecting them after their last games so we can have a full house.â€ Ajayi last played for Nigeria against Sierra Leone in November 2020. The defender fell out of favour with Rohr after West Brom was relegated from the Premier League to the Championship last season. 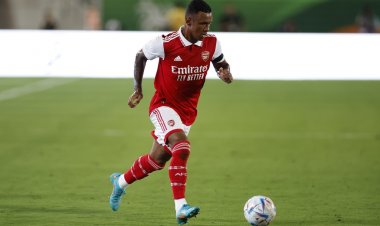