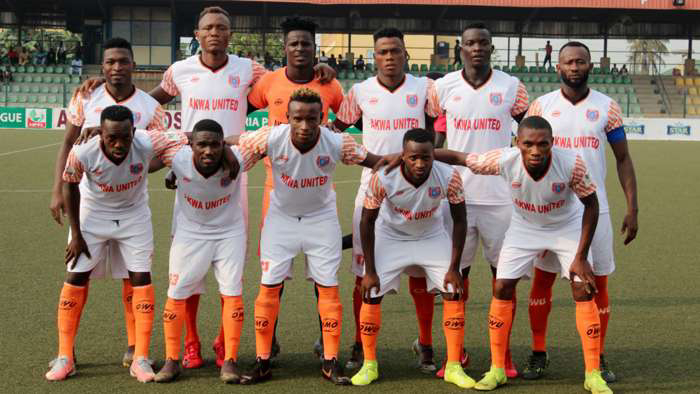 Akwa United have won the 2020-21 Nigeria Professional Football League title after they defeated MFM FC 5-2 in their penultimate fixture of the season on Sunday.
Charles Atshimene stood out for the hosts at the Godswill Akpabio Stadium as his hat-trick of goals helped crush the Olukoya Boys, who are winless in their last eight matches on the road.
Atshimene opened the scoring in the 24th minute followed by Alimi Adebayo’s own goal on the stroke of half-time which gave Kennedy Boboye’s side a two-goal lead at the half-time break.