Brazil are confident there will be no repeat of the previous international break, when Premier League clubs refused to release their players

Liverpool goalkeeper Alisson Becker and Chelsea defender Thiago Silva are among eight Premier League players included in the Brazil squad for next month’s World Cup qualifiers as talks continue over quarantine regulations that could see them miss games upon their return to England.

Under current UK Government rules, anyone travelling to a country on the red list is required to quarantine for 10 days upon their return, due to high coronavirus spread in those countries.

A number of Premier League clubs refused to release their players for the international break earlier this month, which sparked a row with the national associations that was only resolved following last-ditch talks with FIFA. 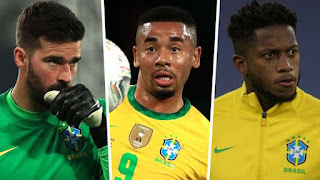