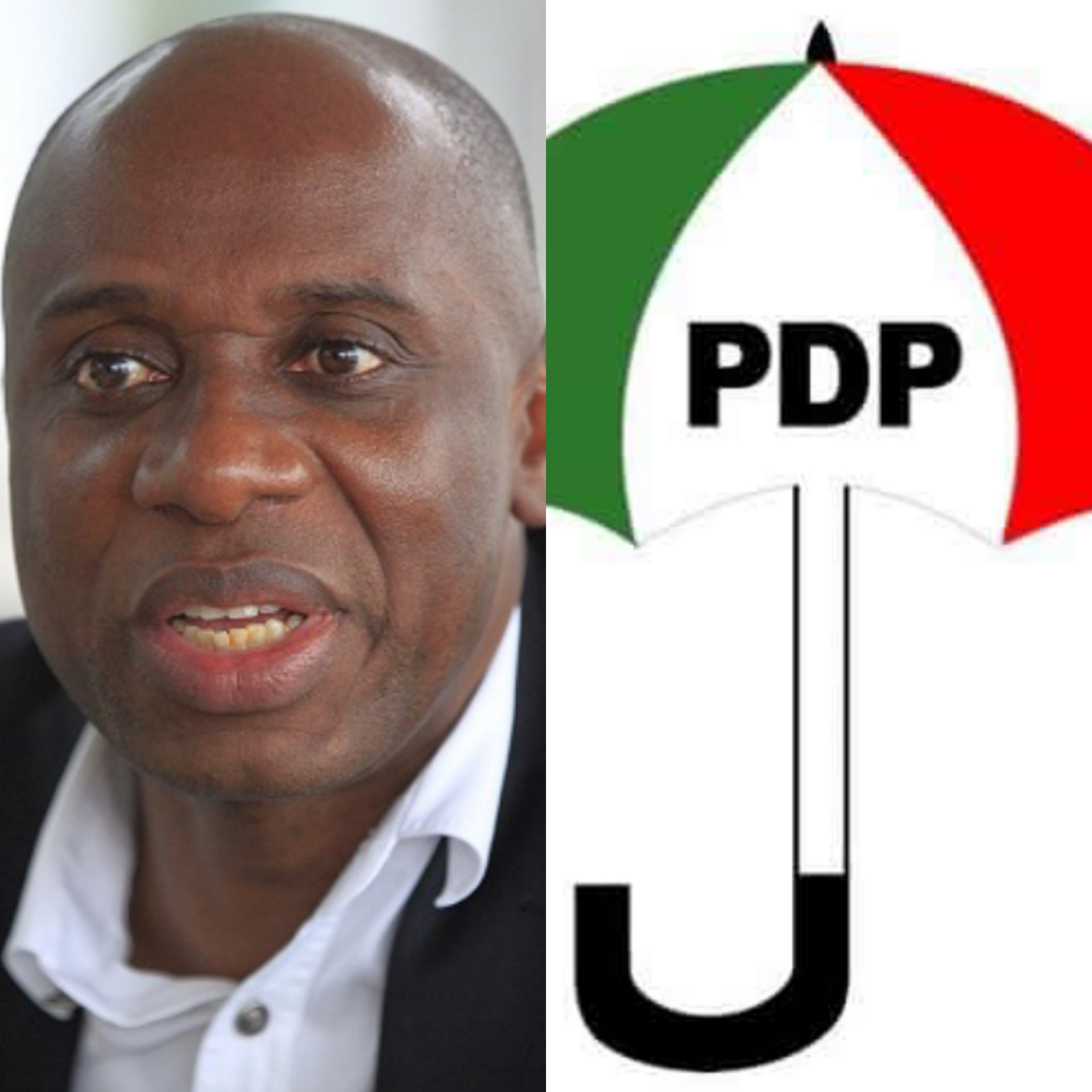 The Peoples Democratic Party (PDP) has accused the All Progressives Congress (APC) of “providing cover for corrupt officials”.

The opposition party said this in reaction to a comment credited to Rotimi Amaechi, minister of transportation, where the former Rivers State governor said anyone stealing public funds under the administration of President Muhammadu Buhari is doing so “quietly”. Read HERE

Speaking on Monday, August 30, he said the “confession” by Amaechi vindicates the opposition party’s allegations of corruption in the APC.

“The confession by the Minister of Transportation, Rotimi Amaechi, that stealing is going on quietly under the President Muhammadu Buhari-led All Progressives Congress (APC), vindicates its stand that the APC is a haven of thieves and treasury looters,” the statement reads.

“The party asserts that the confession also further confirms that the Buhari-led APC administration has been providing official cover for corrupt officials, who have turned government agencies to cash cows and Automated Teller Machines (ATM) for themselves, their cronies, family members and mistresses.

“The situation as presented by Amaechi shows that ‘quiet stealing’ is a policy of the APC administration. This explains why the administration is heavy on propaganda and has failed to prosecute its officials and APC leaders openly indicted for corruption, but only resort to “easing out” such thieves with a pat on the wrist.”