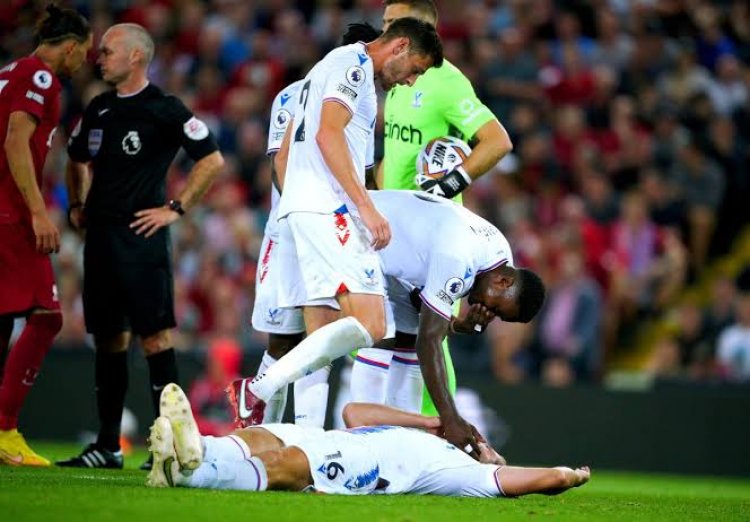 Joachim Andersen has spoken to the police after he was bombarded by death threats and a torrent of abuse online following Crystal Palace's 1-1 draw at Liverpool.

The Eagles defender was headbutted by Darwin Nunez, who was red-carded by referee Paul Tierney and now faces a three-match ban for violent conduct.

Andersen was booked in the same incident, but took to Instagram to share what he said was a sample of hundreds of abusive messages he had received since the encounter.

Andersen says he has received 300 to 400 abusive messages after the incident on Monday Night Football.

Posting on his Instagram story, Andersen also included several examples of the abuse he suffered before ending it with a message hoping Instagram and the Premier League can do something.

Crystal Palace have spoken to the player to offer him their full support and the abuse will be reported to the police.

A spokesperson for Instagram's parent company, Meta, said the organisation are in contact with Andersen's representatives, as they cannot take action until the DMs are reported through their in-app tools.

The spokesperson said: "We have strict rules against bullying and harassment and we are in direct contact with Joachim's team on the issue.

"Because DMs are private spaces, we don't proactively look for hate speech or bullying in the same way we do in other places, and we need someone to report the message in app before we can take action. No one thing will fix this challenge overnight, but we're continuing our work with the industry and Government to help keep our community safe from abuse."