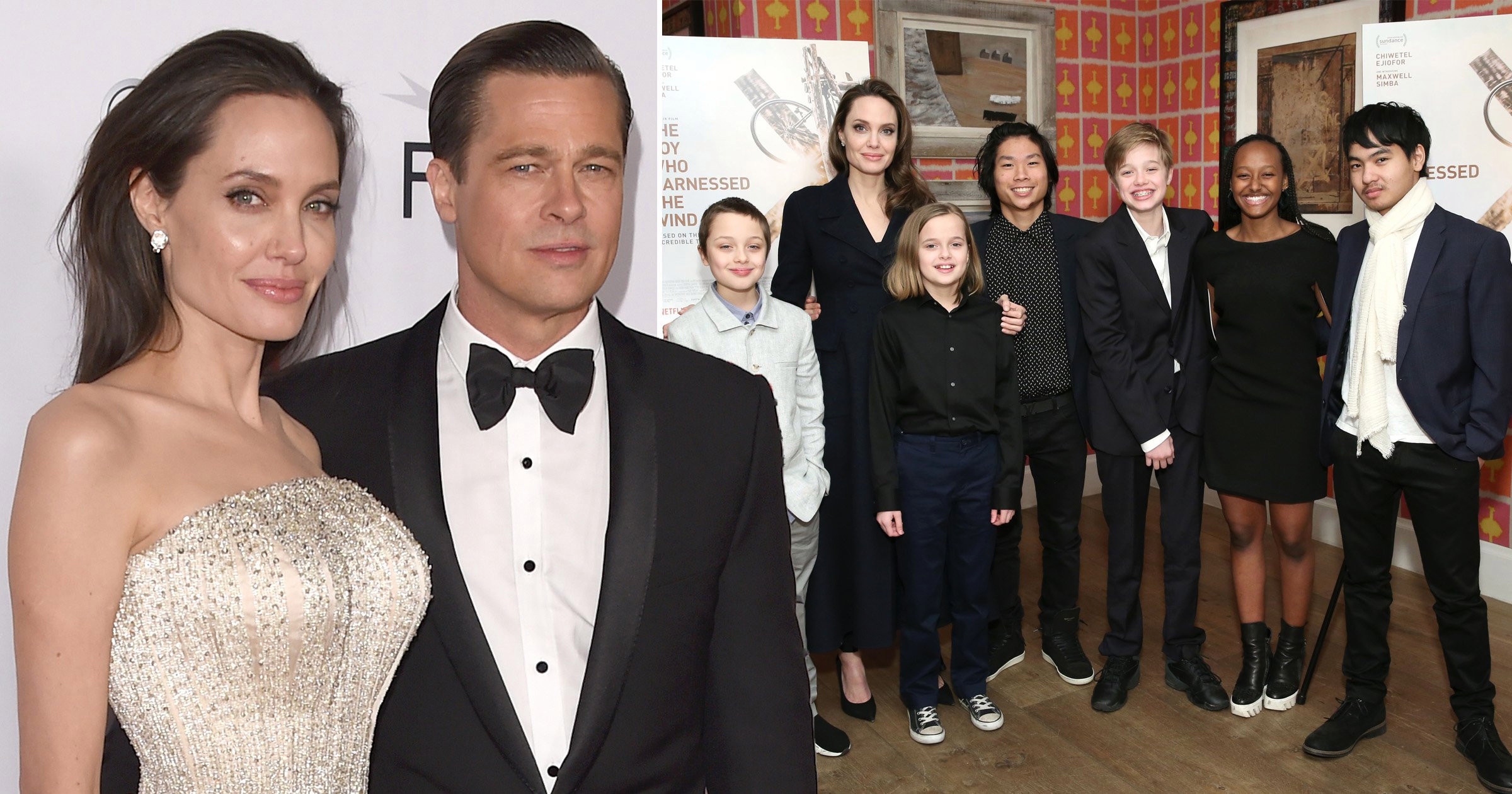 Superstar actress, Angelina Jolie has opened up on her divorce and lengthy custody battle with ex-husband Brad Pitt.

The 46-year-old Oscar-winning actress and humanitarian in an new interview with The Guardian‘s Weekend magazine, said she feared for the safety of her “whole family” amid the divorce but “can’t speak about” details due to the ongoing legal situation (Pitt has denied allegations of physical abuse).

The Envoy for the United Nations Convention on the Rights of a Child (UNCRC) who has written a new book focusing on the rights of minors — titled Know Your Rights and Claim Them: A Guide for Youth — with Amnesty International and human rights lawyer Geraldine Van Bueren, also revealed in the interview that said her activism for children’s rights has been in part driven by her own experience.

“I’ve met too many children who live with the effect of their rights being violated – displaced people, young rape victims. I couldn’t understand why they were still fighting for basic things that were their rights to begin with. It made me very angry. How are we going to solve anything if we’re not addressing that, right?

“Then I had an experience in the States with my own children and I thought… well, human rights, children’s rights.

“I remembered the rights of the child, and I took them out and looked at them and thought: well, these are for when you’re in a situation and you want to make sure there is support for the children in your life.

“Then I found out the US hadn’t ratified the rights of the child. One of the ways it affects children is their voice in court – a child in Europe would have a better chance of having a voice in court than a child in California. That said a lot to me about this country.

“I’m not the kind of person who makes decisions like the decisions I had to make lightly. It took a lot for me to be in a position where I felt I had to separate from the father of my children.

“You want to make sure there is support for the children in your life.” 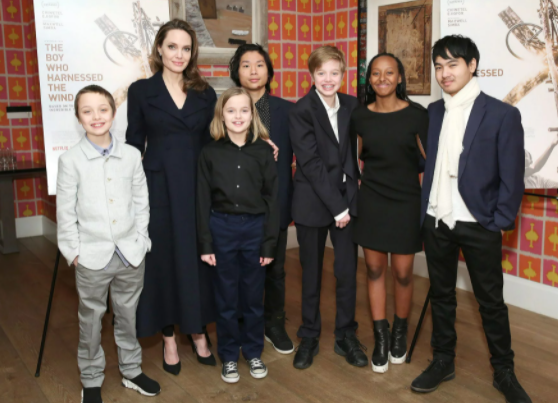 When asked whether she feared for her children rights too, the actress stated that there was “a lot I can’t say” due to the current “legal situation.” The reporter who pressed for more information, asked if she was hinting at her divorce and abuse allegations, to which she supposedly nodded her head in agreement.

When further questioned if she feared for the safety of her children during the marriage to Pitt, she nodded and responded:

“Yes, for my family. My whole family.”

Angelina who revealed that she is “realizing that sometimes you can survive things, but not know how to feel and live in the same way”, also said “it’s more about being open. I’m really trying to be open as a human being again”.

Admitting that she felt “broken” by her experiences, she also disclosed that she wanted her family to find a way to move forward, “including their dad.” She said;

“I want us to heal and be peaceful. We’ll always be a family. 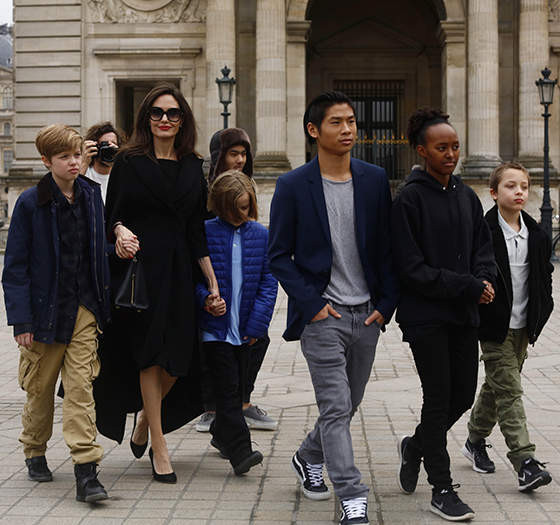 On family bond, she said;

“Within the understanding that they are family comes a lot of awareness that has to be born of all the years of them growing up together, learning from each other, discussing adoption, race and family.

“Having people say: how could you be sisters, you’re not the same color, when you’re a little kid. Going to each other’s countries and being the only person of their background in that country and feeling outside, yet it’s your family.”

The Maleficent star also said her current life would come as a shock to a younger version of herself.

“I never wanted to babysit, I never had dolls, so it’s hilarious I’ve ended up with six children.

“In my late teens I became aware of what adoption is, and the idea that there were children around the world who had been orphaned, and it just made sense to me. I never have had this idea of ‘my own blood’ … It was just family born of being together and growing together, right?”