APC Chairmanship: No consensus on candidate yet â€“ Integrity Group

The All Progressives Congress (APC) Integrity Group has said the party has not chosen a consensus candidate among chairmanship aspirants ahead of the March 26 national convention. It described the purported endorsement of Senator Abdullahi Adamu by President Muhammadu Buhari as a fluke that should be disregarded. The All Progressives Congress (APC) Integrity Group has said the party has not chosen a consensus candidate among chairmanship aspirants ahead of the March 26 national convention. It described the purported endorsement of Senator Abdullahi Adamu by President Muhammadu Buhari as a fluke that should be disregarded. It further accused the Minister of Transportation, Rotimi Amaechi and the governor of Kaduna State, Nasir el-Rufai of allegedly instigating the stories of endorsement of Adamu by the President. The Coordinator of the party group, Mr. Dawu Mohammed and Secretary, Mr. Chinsom Nwakanma in a statement issued Thursday noted that President Buhari is close to all the aspirants and would not adopt any one of them without consulting others. The group is made up of members of the legacy parties â€“ Congress for Progressive Change (CPC), All Nigerian Peoples Party (ANPP), Action Congress of Nigeria (ACN) and All Peoples Grand Alliance (APGA). It said while it was not against any aspirant, it would be logical that a member of the legacy parties emerged as the National Chairman, as it had been suggested by the former governor of Imo State, Senator Rochas Okorocha. The group called on the handlers of Mr. President and his personal assistants to be circumspect in what they do with some persons, as their actions can be injurious to the country and the party that the President leads. The statement read: â€œWe have observed with dismay the plan by some persons to destroy the APC by trying to foist a national chairman on the party. This would not be the first time that a Minister and a governor would be accused of obtaining a false signature from the President through his Personal Assistant (PA). â€œThe aspiration of securing the Presidential and Vice Presidential tickets of the party through a preferred National Chairman, which the Minister of Transportation and governor of Kaduna State are pushing for is capable of destroying the party. It said, â€Ameachi or any other person has a right to support a candidate but foisting him on the President or the party in whatever guise is what we frown at, as that could be a plot that is very destructive to the APCâ€.

2023: We are concerned about neutrality of security agencies â€“ PDP National Chairman 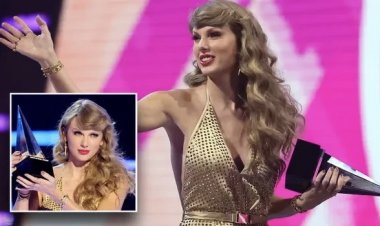