The Minister of Interior, Rauf Aregbesola, has advised that members of various communities in the country should actively contribute to efforts to tackle the challenges of insecurity confronting Nigeria.

Aregbesola said government should not be left alone in the task of providing security, urging Nigerians to rise to the challenge and assist in securing lives and property.

The Minister stated this shortly after receiving Award of Excellence from Egbe Atunluse Ile-Ijesa, in Ilesa, Osun State, as part of activities marking centenary anniversary of the group.

In a statement on Sunday by his Media Adviser, Sola Fasure, who represented him at the event, Aregbesola, however, declared that the country was winning the war against insurgency and other security threats.

He also commended Egbe Atunluse Ile-Ijesa for their remarkable contributions to the development of Ijesa in the past century, saying no nation could grow without the support of her citizens.

He said, “Security is our collective effort. We should not leave security matter to security agencies alone. We need community participation in the fight against insecurity. Everybody, irrespective of your status or area of residency must be active and supportive in safeguarding our nation.

“We are collectively responsible for provision of security. The government will do its own while the people should also support the security agencies. We should report any suspicious move or person in our environment to the security agents.”

Speaking at the event, the Chairman, Egbe Atunluse Ile-Ijesa, Prof Olubunmi Obe, commended Aregbesola for his contributions to the development of Ijesa, saying the Minister deserved to be honoured. 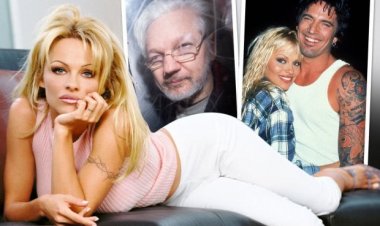 Actress Pamela Anderson reveals she had non-stop sex with...