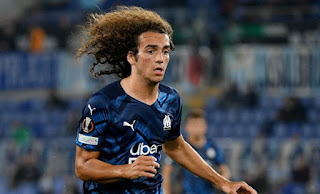 The newly-capped France international is on a season-long loan with OM, with the deal carrying a €11m permanent option.

La Provence’s Alexandre Jacquin, on his Twitch stream, revealed: “He said it at a press conference, Guendouzi will stay at OM normally, for several years.”

“It’s if the club stays in Ligue 1 that I’ll stay at OM,” said the midfielder. “I’m signing up for the long term, it’s been carefully thought out, it’s not just for this year, but for the rest of my career, I want to stay here for the long term.”