Arsenal manager Mikel Arteta has revealed the role he has asked midfielder Thomas Partey to play after returning from injury.

The Ghana international was influential throughout on his return to the starting line-up as the Gunners registered their second win in the Premier League this season after downing Burnley 1-0 at Turf Moor on Saturday.

It was midfielder Martin Odegaard who scored the lone goal from a well-curled free-kick to hand Arteta and Arsenal a second straight win, coming after they had beaten Norwich City 1-0 at the Emirates Stadium last week. 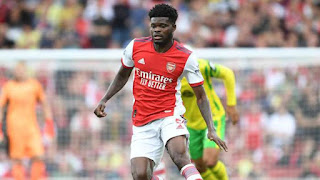