Interior decorator and socialite, Ehi Ogbebor has taken to Instagram to beg Benin indigenes over Bobrisky’s comment about their King which has generated controversy online.

MCI reported earlier that the cross-dresser issued a public apology after Benin people slammed him for asking the revered Oba of Benin to come and marry him.

Bobrisky who is in Benin City for an event organized by interior designer Ehi Ogbebor, arrived yesterday and as he was being driven in a convoy, he made a video where he was showing his excitement for being in the city.

While speaking, he hailed himself as a “pretty woman” and then mentioned that the Oba should come and marry him. This led to him being called out and being dragged by Edo indigenes.

Also begging on his behalf, Ehi who is a Benin indigene, disclosed that she didn’t find the comment funny too and was not with the cross-dresser when he made the comment. Revealing that she found the video online and was shocked, the socialite went on to beg other Benin indigenes to forgive as “no one is above mistake”.

Just to state that am a Benin Woman that takes Pride in my culture and Heritage. I ddnt find it funny too at all. I wasn’t there when the video was done neither did I know about that video. I saw it on social media too n was in utter shock. I was upset too. ….. We don’t joke with Our KING. Our Great KING…..Pls find it in your hearts to forgive … forgiveness is divine. No one is above mistake. Walahowoiwoi.  OBA GHATO KPERE……ISEEEEEEE 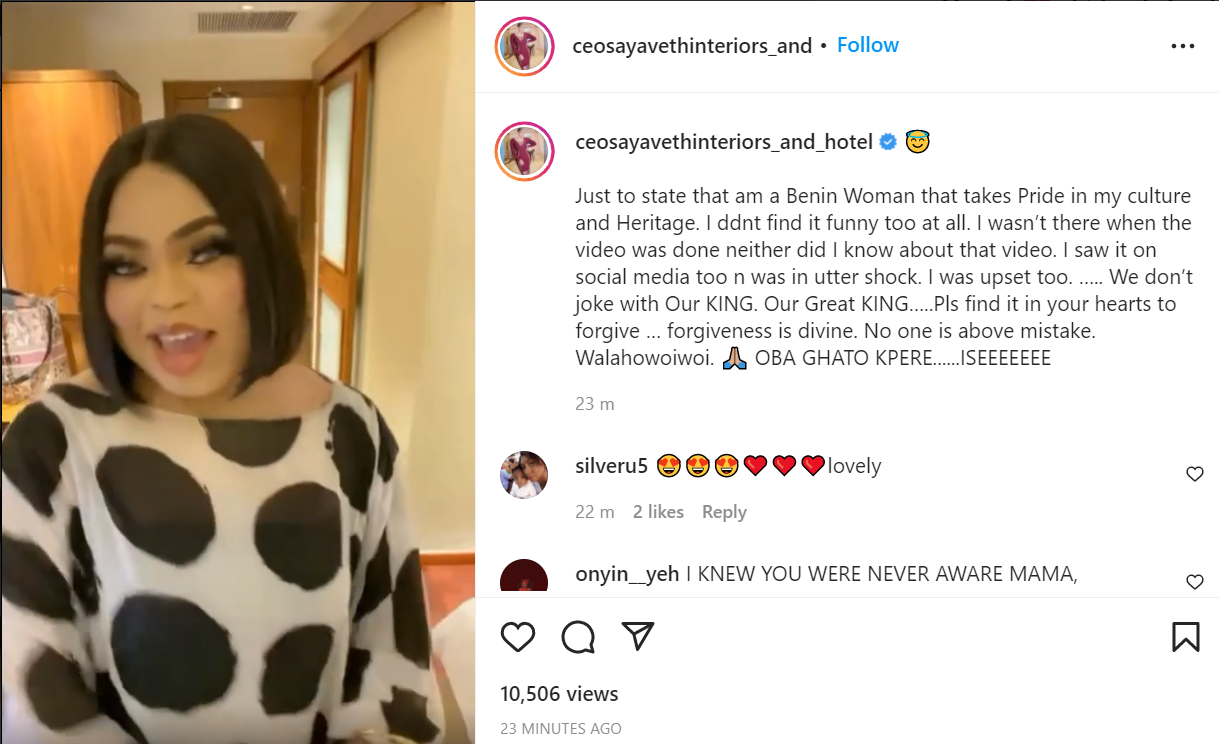