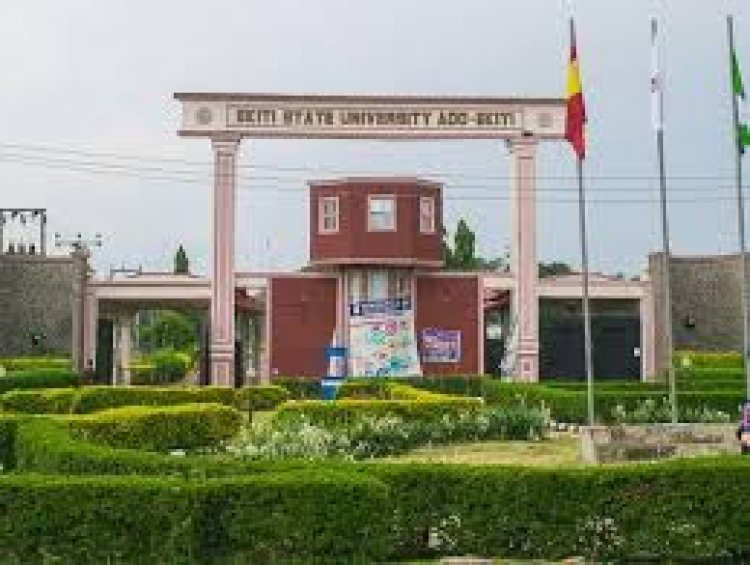 The Academic Staff Union of Universities, Ekiti State University chapter, (ASUU-EKSU), has released a press statement following the unpaid wages by the State Government to its members.

This was done after the union’s congress meeting at the varsity on Tuesday, 25th October, 2022.

Recall that ASUU-EKSU joined the national body in a solidarity strike in February, whereby academic activities in the varsity were suspended.

As a result of the strike, the Ekiti State Government under former Governor, Kayode Fayemi, failed to pay subvention throughout the eight months.

The statement that was duly signed by the ASUU-EKSU Chairman, Dr Kayode Arogundade, emphasized on the non-payment of the varsity subvention for seven months and outstanding wages by the state Government since the union embarked on a long industrial action.

Following the lengthy meeting that lasted more than three hours, the members of the congress agreed to the following:

Here is the excerpt of the letter signed by the Asuu-Eksu Chairman.

“i. Henceforth, our members are at liberty of coming to campus for lectures only and when it is financially convenient for them, until commitments of administration and government to our members’ welfare improve

ii. In addition, to “i” above, all statutory meetings stand suspended until further notice.

iii. Without prejudice to “i” and “ii” above, exception shall be given to A&PC meeting and any other meeting(s) and that may be considered important by the unions’ Executive, on behalf of Congress, subject to application for such exception by the Vice Chancellor.”

Congress went further with the executive to picket any unauthorised meeting venue while this decision lasts.

However, the union resolved that the university and the state government are not planning on how to get the outstanding university staff salaries and the non-release of seven-month subventions paid.

Cited in the press statement that the “Henceforth, our members are at liberty of coming to campus for lectures only and when it is financially convenient for them, until commitments of administration and government to our members’ welfare improve.”

It also included that “All statutory meetings stand suspended until further notice.”

However, the academic calendar of EKSU kicked off on Monday, 17th October, 2022, after participating in a nationwide ASUU strike for eight months

US also issues alert on ‘terror attack’ in South Africa