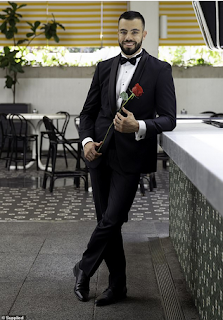 An Australian millionaire has revealed plans to hire a personal photographer who will travel around the world with him just to take photos and earn $55k a year.

ECommerce millionaire, Matthew Lepre, who is the founder of Ecom Warrior Academy, wants the lucky person to travel across Europe and the United States with him, uploading photos of him to his social media account.

‘During the past year alone I have managed to grow my business while traveling to UAE, Indonesia, USA, NZ, Italy, France, Spain, Switzerland and Thailand and up until now, have relied on my best friend to be there to take photos on his phone,’ Mr. Lepre told FEMAIL.

‘My business has now expanded rapidly and I need my mate, Mitch, to be there to work in other areas so I’m now putting the open call out to the world for someone to be there to fill this role.’

“While I’m based in Sydney, my life has become pretty hectic,’ Mr. Lepre continued.

‘Just a few weeks ago I was asked by a leading TV station in Milan to come for an interview so I had to drop everything and hop on a plane and travel across the other side of the world three days later.

‘The selected person for this role would need to be flexible with their life and be able to join me too, on my crazy schedule that could take me anywhere, anytime.’

According to details of the employment, the employee who must have an eye for the perfect picture will need to have a valid passport and be able to travel at a moment’s notice. All flights and accommodation abroad would be covered by Mr. Lepre, but the photographer will be expected to have their own professional gear.

Earlier this year, Mr. Lepre announced he was looking for a personal assistant to hire and pay $52,000. Former fashion student Tyanna De Assis, who is based in Sydney, was selected for the role. 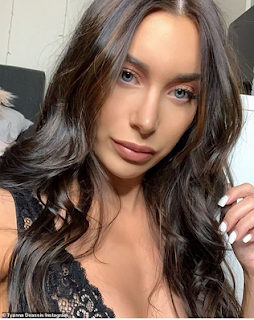 She reportedly applied for the job by sending her resume and cover letter across in an email, writing ‘Most entertaining PA you will ever have’ as her subject.

‘It’s crazy. I am still in shock and wonder how they even came past my CV,’ Ms De Assis told News.com.au in October.