The 27-year-old left-back, who joined the Royals on loan from Chelsea during transfer deadline day, put up a solid display at the back alongside Nigeria’s Tom Dele-Bashiru as they scored through Alen Halilovic in the 56th minute to carry the day at Madejski Stadium.

This was a fourth appearance for Rahman since he had also featured in matches against Queens Park Rangers, Petersborough, Fulham, and now Middlesbrough. 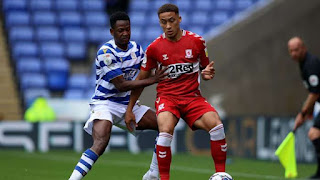