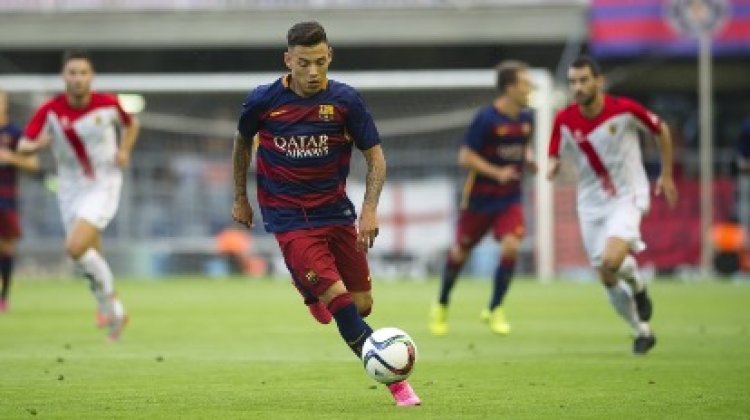 Former Barcelona and Argentina Under-20 forward, Maxi Rolon is dead.

Rolon died at the age of 27 following a car accident, Barcelona confirmed on Saturday.

“We are shaken by the death of Maxi Rolon (born in 1995), youth player at FC Barcelona between 2010 and 2016,” Barcelona affirmed in a statement published on Twitter.

“We express our deepest sympathies and total support for his family. Rest in peace.”

Rolon moved up through Barcelona’s youth ranks and represented the club’s second team before moving on to several clubs in South America and the Middle East.

He also played for Argentina in the 2015 Under-20 South American Championship triumph and subsequent World Cup alongside brother Leonardo, who is currently at Chile’s Deportes Iquique.

According to police reports in Argentina, Rolon and his brother Ariel were killed when their vehicle came off the road and hit a tree.

The duo were travelling with elder brother Ariel close to Casilda, Santa Fe province, early on Saturday morning when their vehicle came off the road and hit a tree.

Both Rolon and Ariel, who were playing in the regional Liga Casildense tournament – which suspended its Sunday fixtures – passed away from the injuries they sustained in the incident.