The 21-year-old defender became the newest player to be called up to the Nigeria senior national team, having made Gernot Rohr’s 23-man squad for October’s 2022 Fifa World Cup qualifiers against the Central African Republic.

Even at that, he was kept on the substitutes bench from start to finish as Steven Gerrard’s men survived a scare from the visitors to pick up all three points. 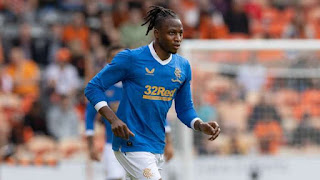