Nagelsmann has emerged as one of the top young coaches in Europe, having gained experience at Hoffenheim and RB Leipzig before being snapped up by Bayern in the summer.

The German was far less successful as a player, hanging up his boots at the age of 20 due to serious injury, but has now cited Terry as one of his early career inspirations. 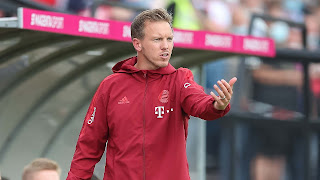