Nigerians have reacted to videos of Tega and Boma making out during lights out in the Big Brother house.

LIB reported earlier that the married female housemate and the male housemate had visible hand movement under the duvet, kissed passionately, with Boma stretching his hands later to pick a tissue.

Reacting to this, some social media users asked why Boma will ignore single women in the house and settle for a married woman. They also wondered why Tega had to do such on national television.

Here are some tweets below………… 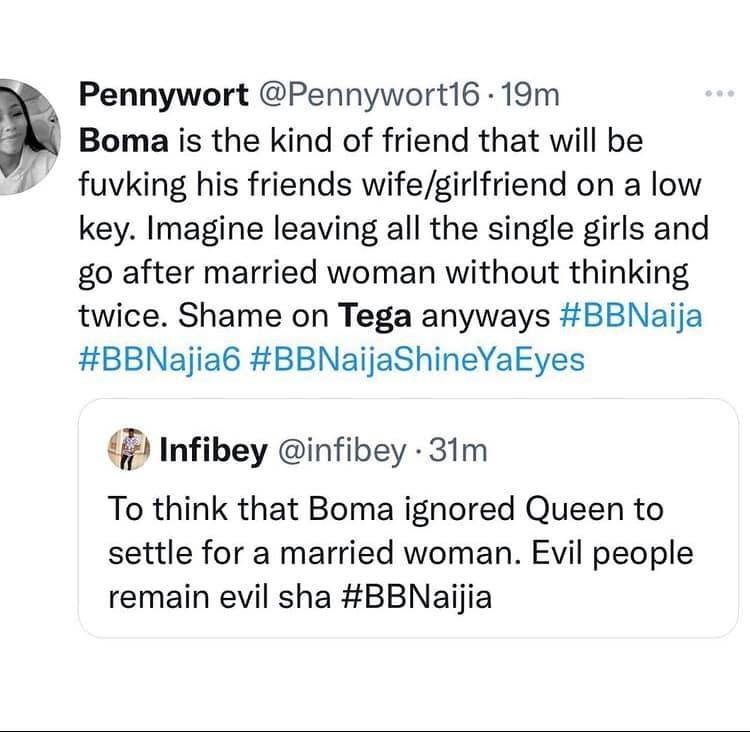 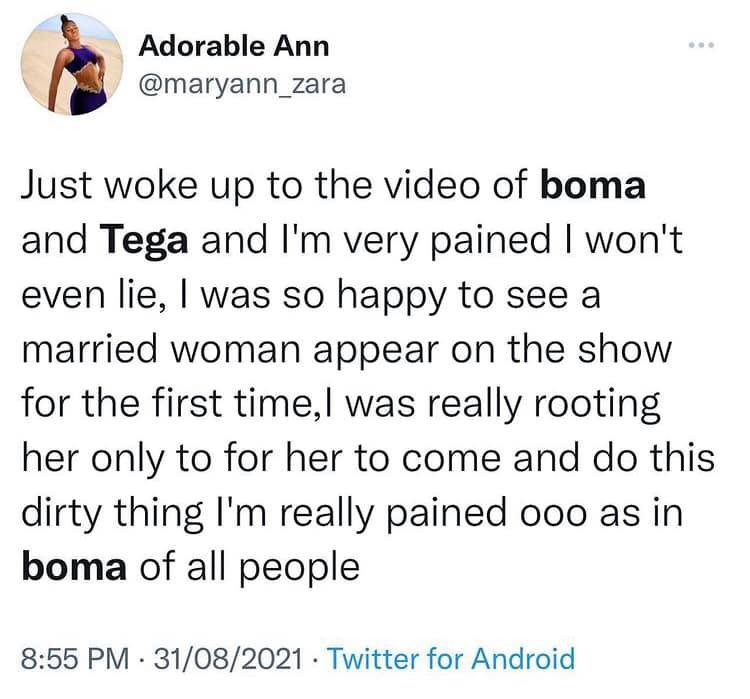 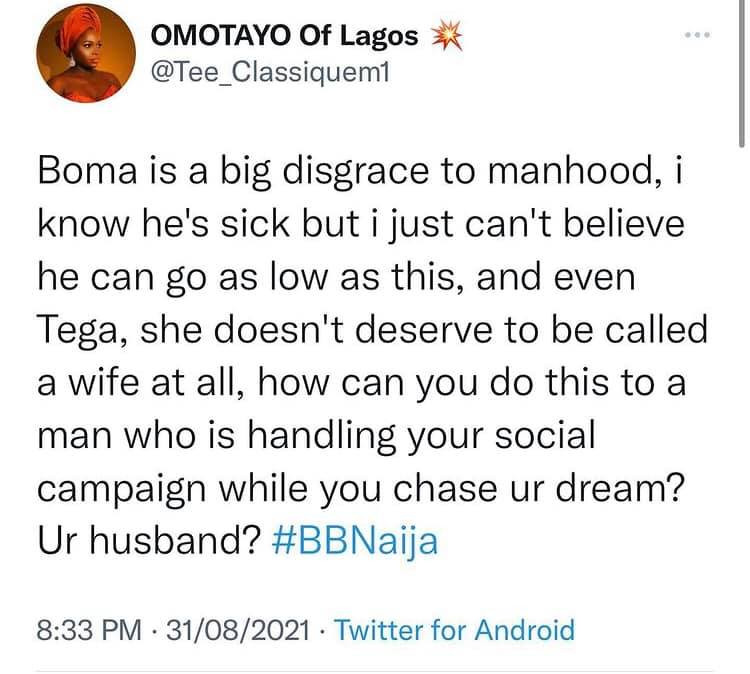 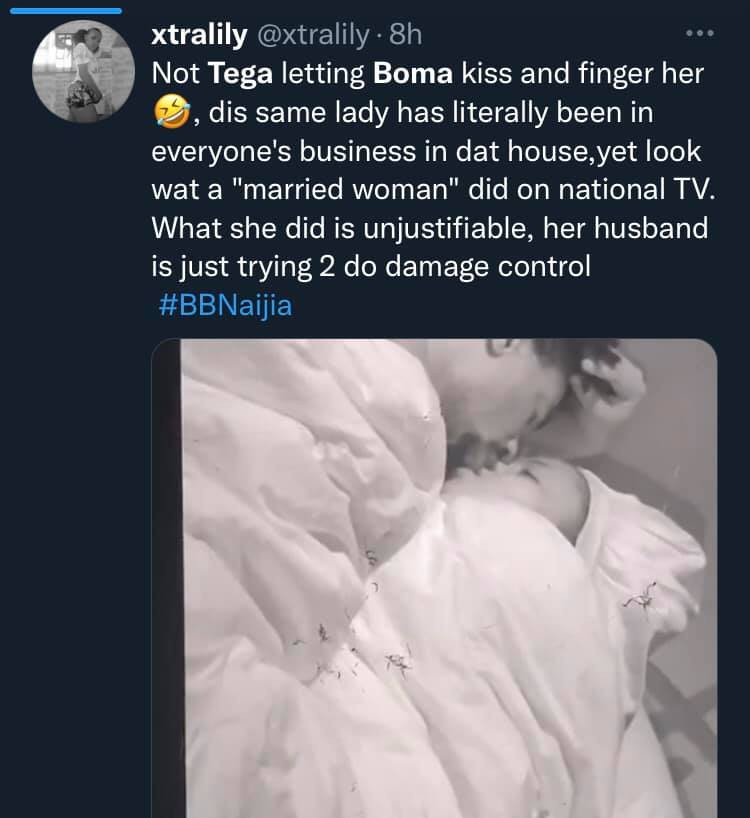 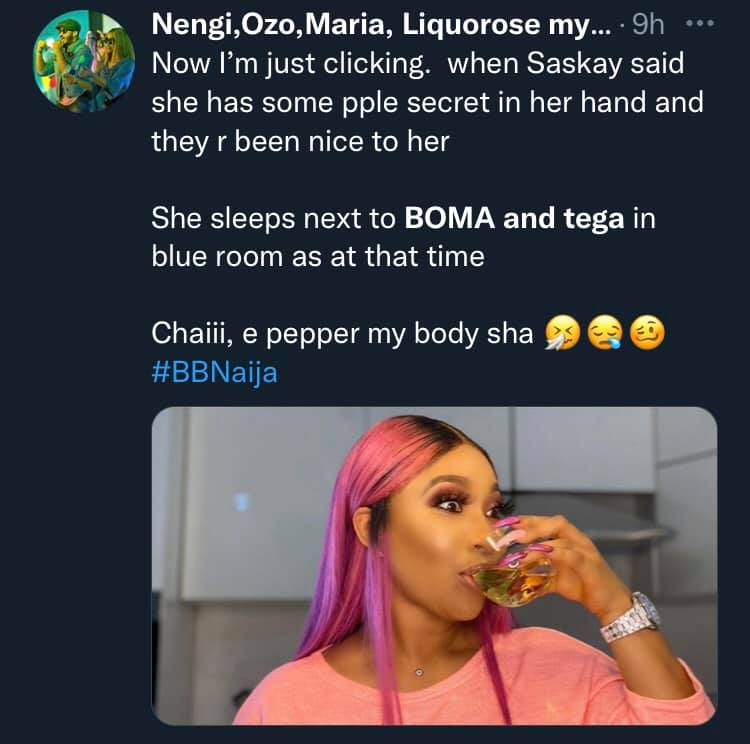 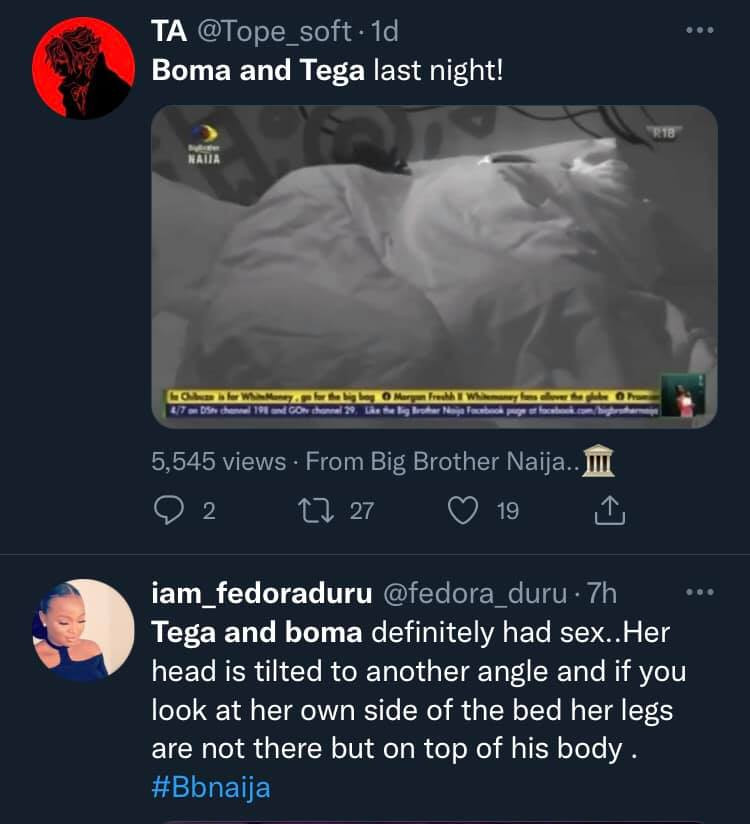 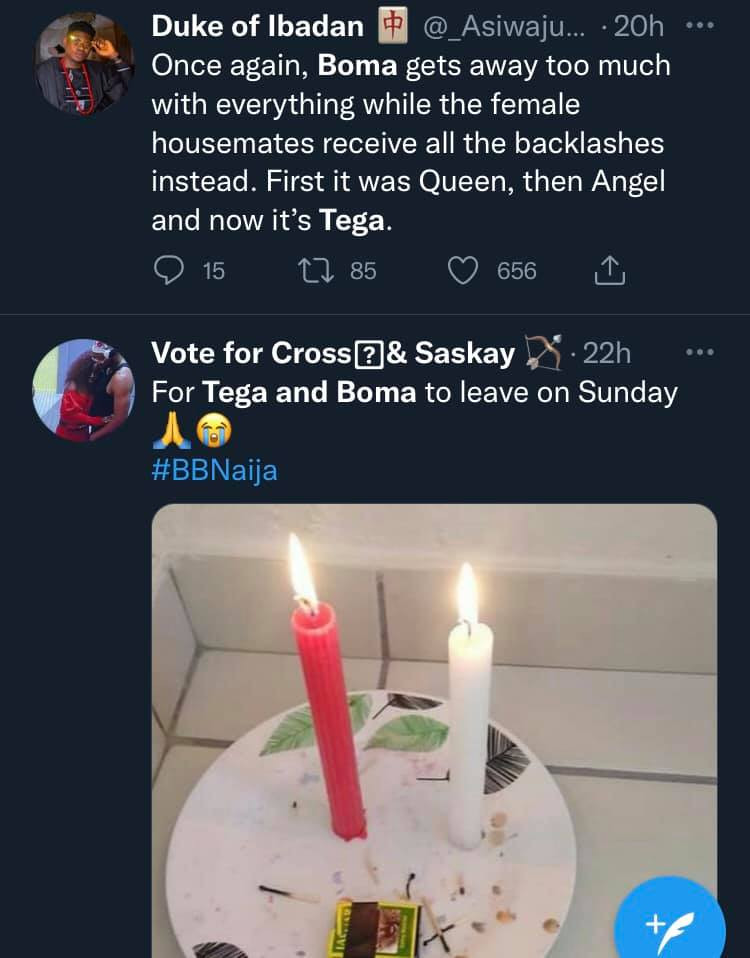 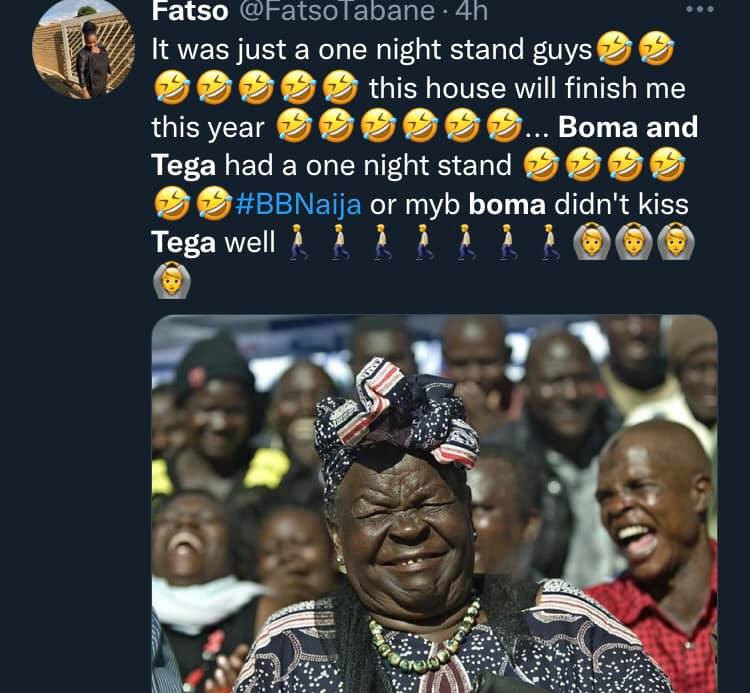