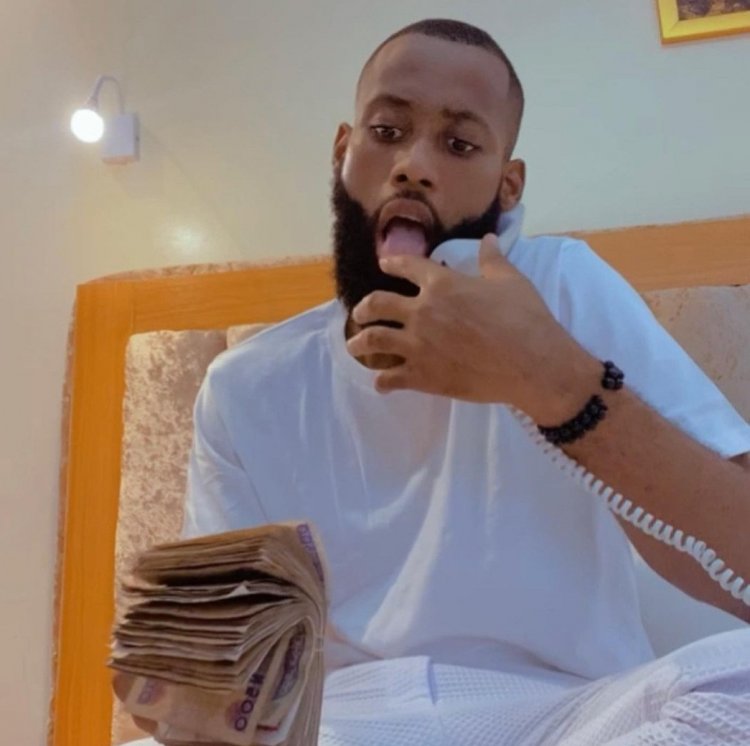 Tochi has shared a message he received from a scammer pretending to be the late British monarch.

The fake account told the reality star that they are Queen Elizabeth II.

The account user added that Queen Elizabeth is not dead but was sent to a deserted island by Prince Charles so he could become king.

The account user then begged Tochi to send money.

"Pathetic," Tochi wrote as he shared a screenshot of the message. 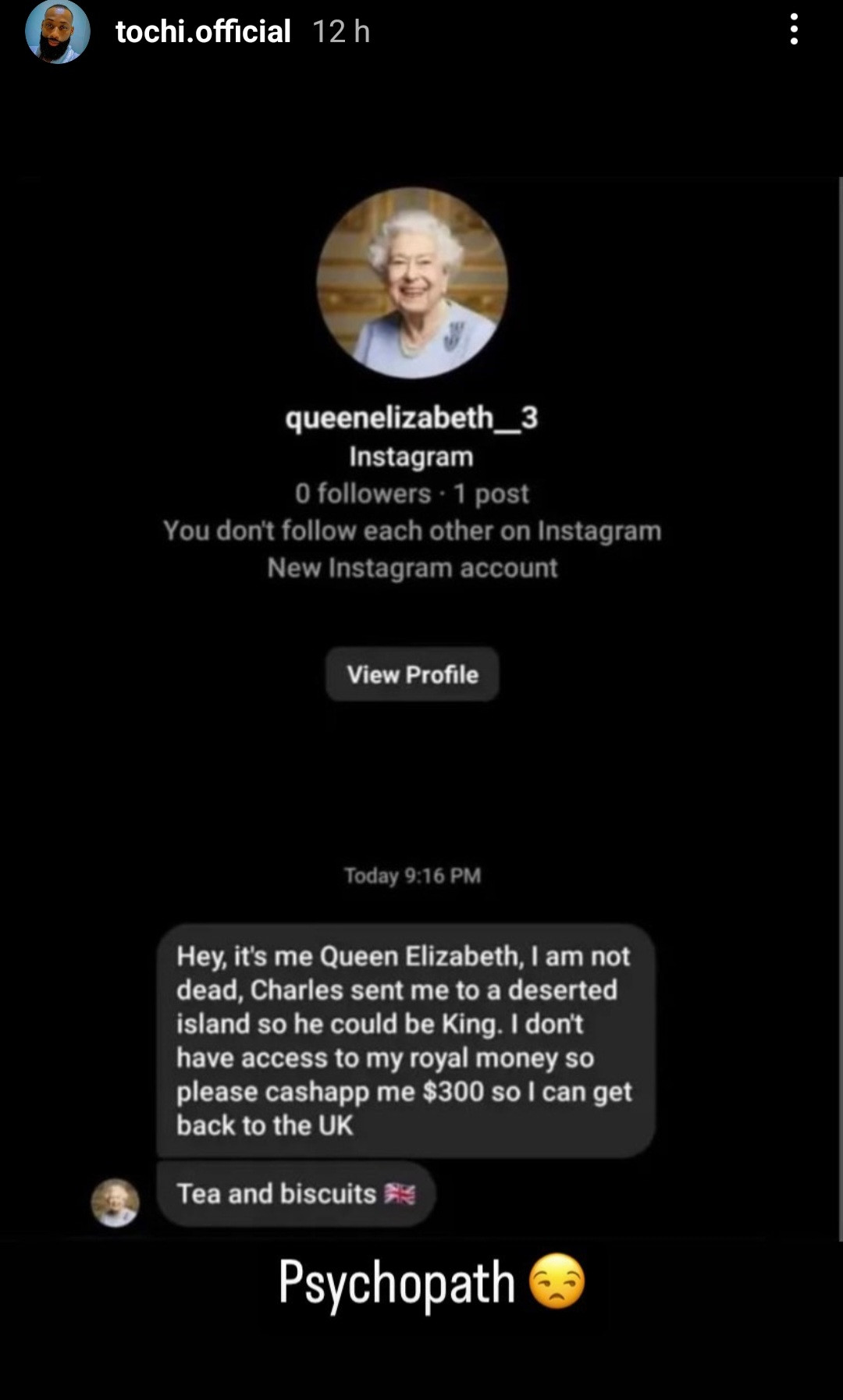 "Thanks for your wickedness" BBNaija's Alex sends message...

Which law says an Idoma man can't be the governor of Benue?-...

Stop sending your children to boys and girls schools only&#8221;-...

Abuse Thrives In Churches Because People Fear Men, Not...

May Yul Edochie shares cryptic post about men of this generation