Uriel Oputa has put a follower on blast after she called her ugly.

The follower left the negative comment on a post Uriel shared to lend support to Chioma Roland as the latter was trolled on various social media platforms after a video of her partner, Davido and American model Mya Yafai together, went viral.

Uriel asked people to stop trolling Chioma and one follower replied, telling Uriel to mind her business while also calling her ugly.

Uriel hit back by sharing the woman’s photo to her Instagram account and putting her on blast. 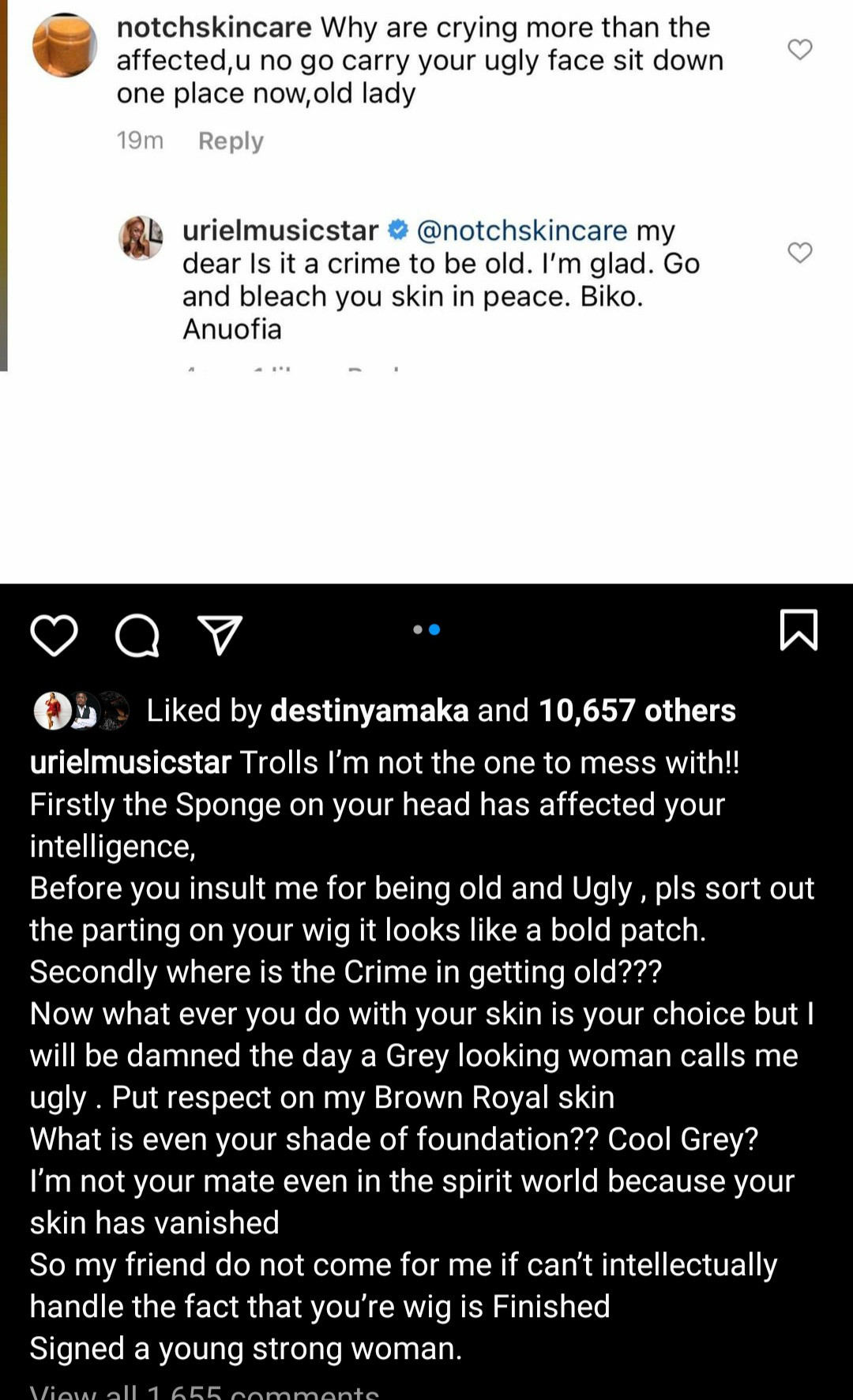