Davido’s 3rd baby mama, Chioma Avril Rowland, has advised her fans and social media users to be nice to people freely without looking for favours from them.

According to her, being nice to these people will come with greater rewards and blessings that one was never expecting to receive. She made this known in a post sighted on her Instagram story.

“Be nice to those you don’t need favours from. When the reward will come, it will be unbelievable”.

Chioma has been trending on social media lately when photos of Davido and an Instagram model, Mya Yafai kissing surfaced on social media. When netizens saw these photos, they slammed Davido for disrespecting his fiance, Chioma.

If readers will recall, Chioma and Davido were expected to tie the knot last year but due to the COVID-19 pandemic and restrictions on social gatherings, the marriage was postponed to a later day. 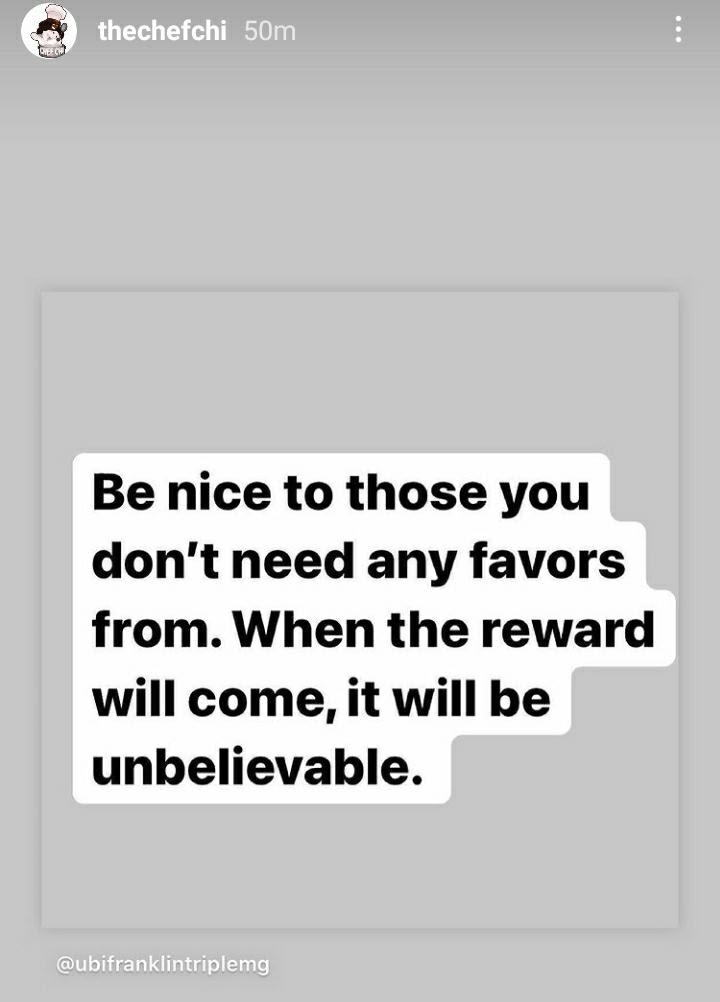