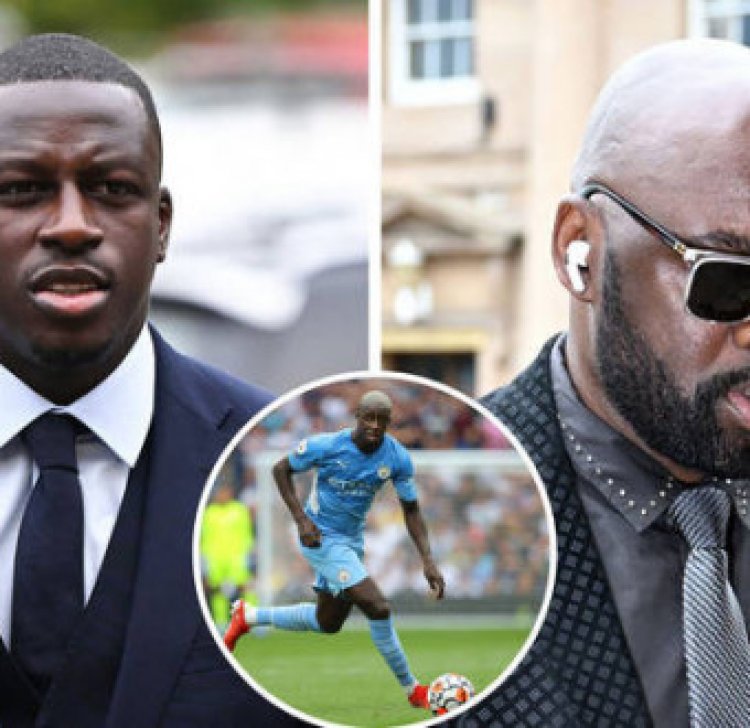 The opening of the case was told today that they 'turned the pursuit of victims for sex into a game', crossing the line of consent 'over and over again'.

Some of the victims had their phones taken off them when they visited Mendy's mansion, while others were locked in rooms, jurors were told.

Football star Mendy, 28, who is being accused of being a 'predator' who showed 'callous indifference' denies charges of eight counts of rape, one count of attempted rape and one count of sexual assault. 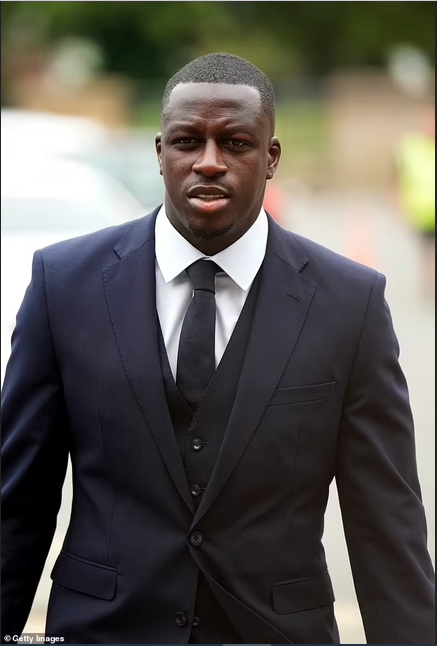 The Premier League star and France international is alleged to have committed the offences against the women between October 2018 and August last year at his home address.

Mendy is on trial along with his co-defendant Louis Saha Matturie, 40, who has also entered not guilty pleas to all charges he faces. 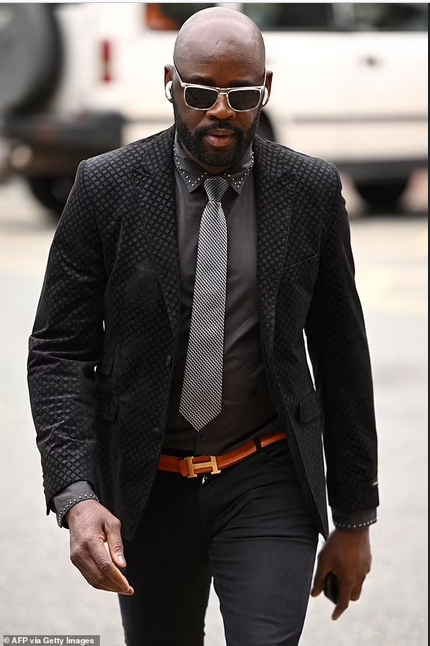 'They knew very well what they were doing. They turned the pursuit of women for sex into a game. They were prepared to cross that line over and over again. That was the effect of their game.

'To them these women were disposable things to be used for sex and thrown to one side.

''Central to the case is Mendy's home at the time. We say Mendy's house is part and parcel of how the defendants gained control of the victims.

'It's a mansion. But more importantly, it was isolated, as so many of the victims thought.

'On occasions when they got there, the victims had their phone taken from them. Some of the complainants were taken to rooms which were locked.'

Mr Cray told jurors that Saha, of Eccles, Salford, was Mendy's friend and fixer, and one of his jobs was 'to find young women and to create the situations where those young women could be raped and sexually assaulted'.

The prosecutor said Mendy was a 'reasonably famous football player' who 'because of his wealth and status, others were prepared to help him to get what he wanted'.

He added: 'Our case is that the defendants pursuit of these 13 women turned them into predators, who were prepared to commit serious sexual offences.'

He said 'the fact they would not take no for an answer' would be something the jurors will 'hear time and time again'.

The prosecutor said Mendy and Saha say in 'broad terms' that all the women consented to sex, willingly with only a couple of allegations where there is a denial that anything sexual happened.

Timothy Cray added there are no 'big disputes' about times or places and the 'what happened' is not controversial.

But a central question is whether the women consented to sex.

Mr Cray added: 'Ultimately, these cases are about where the line is drawn. You will be able to weigh up whether, in each case, the defendants crossed those lines because this is central, readily understandable life experience - you will know where the truth is after having heard the women concerned, the challenges to them and the other evidence that is relevant to the allegations in the charges.'

Last week, the names of Raheem Sterling, Jack Grealish, Kyle Walker, Riyad Mahrez and John Stones, all either current or ex- Manchester City players, were read to jurors ahead of the trial.

His Honour Judge Everett wanted to make sure no jurors had any personal connection to anyone who could be referred to during the trial, or be called as a witness.

Judge Everett, who is Recorder of Chester, told the jury last week: 'Maybe you have heard their names. Some of you will be aware of the fact Mr Mendy is a professional footballer who plays football for Manchester City.'

Both defendants are on bail and the trial is expected to last up to 15 weeks.

Eight men and six women were sworn in to serve on the jury, including two jurors who will be discharged after the opening of the case.

Mendy has played for Manchester City since 2017, when he joined from Monaco for a reported £52 million. He was suspended by the club after being charged by police.

Judge Steven also told the jury: 'There are 22 counts or charges, if you are feeling overwhelmed by that I can assure you will be having a lot of assistance on how you will approach that.

'Don't feel daunted or overwhelmed by that. This trial could go through to November.'

I've never been in love like this. I'm obsessed with him' - Adele declares she'll...

Author Nicholas Evans who wrote 'The Horse Whisperer' dies at 72 after suffering...