West Ham United manager David Moyes was impressed with Said Benrahma’s strike that sealed the 1-0 win for his charges against Brentford in a pre-season friendly on Saturday.

The Algeria international struck in the 66th minute against his former team to ensure the Hammers continued with their fine form in pre-season.

It was his second consecutive goal for the Londoners after also getting his name on the scoresheet in the 6-2 win over Celtic. 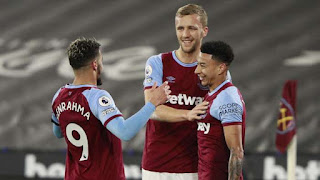