Billionaire Microsoft founder, Bill Gates, has revealed that he informed Donald Trump to prepare for pandemic weeks before Trump became the U.S. president.

Gates, who is funding different companies in the production of a vaccine, has been vocal about the Coronavirus pandemic since it broke out in February in the US, and has granted numerous interviews recently to talk about the disease that has now killed over 80,000 people in the US. 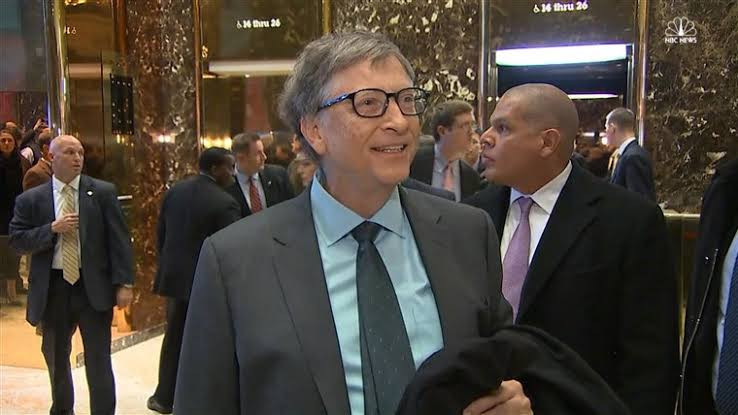 Gates met with then-President-elect Trump at Trump Tower in New York City in December 2016 and has now revealed that he made his pitch of a soon coming pandemic to Trump as well as his opponent in the presidential race, Democrat Hillary Clinton.

Gates speaking to the Wall Street Journal, lamented that he did not do more to alert the world of the dangers of a fast-spreading infectious disease.

According to the Journal Bill Gates warned Trump that the biggest potential killer the world faced wasn’t war, but a pandemic. He urged world leaders to build national defenses against new infectious diseases.

‘The whole point of talking about it was that we could take action and minimize the damage.’

“If anything kills over 10 million people in the next few decades, it’s most likely to be a highly infectious virus rather than a war,’ Gates said at the time.

‘Not missiles, but microbes.’
‘Next time, we might not be so lucky,’ the multi-billionaire philanthropist said.

He noted that while countries run drills known as ‘war games’ to prepare for future military conflict, countries should also run simulations known as ‘germ games’ to be better prepared for widespread illness.

Gates warned: ‘We’ve invested a huge amount in nuclear deterrents, but we’ve invested very little in a system to stop epidemics. We are not ready for the next epidemic.’

The billionaire has now spent hundreds of millions of dollars to find faster ways to develop vaccines and create disease-tracking systems.