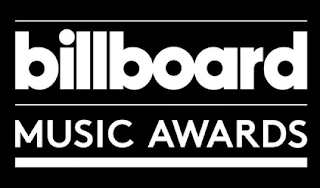 The Billboard Music Awards – which were due to take place on 29 April at the MGM Grand Garden Arena in Las Vegas – have been postponed amidst the coronavirus pandemic.

Producers said in a statement: “In accordance with the current guidelines set forth by national and local health officials and in order to ensure the health and safety of our artists, fans, guests and staff – we are postponing the Billboard Music Awards. For more than two decades, the Billboard Music Awards has honoured the best in music based on the Billboard charts, and we look forward to celebrating the incredible artists who topped those charts over the last year.”

Kelly Clarkson was due to return as host of the music awards show and had previously shared her excitement at being put in charge of proceedings for the third consecutive year.

She said at the time: “I’m thrilled to be back with my Billboard family. I love being part of an event that celebrates our greatest artists and entertains our fans. This a night of music that you won’t want to miss!”

In 2019, the 37-year-old singer kicked off the show with a musical medley of the year’s biggest hits.

She walked through the audience, taking a seat next to actor Terry Crews and discussed Taylor Swift and Brandon Urie’s show-opening performance of Me!

Thereafter, Clarkson was ejected by former New England Patriots star Rob Gronkowski, who claimed he was a security guard and she was in a seat needed by Florida Georgia Line.

But when the country stars claimed they didn’t recognise the evening’s host, Clarkson said: “Oh, you got jokes, you got jokes? Okay. I’ll prove it.”

The pop star was then joined by a guitarist and back-up singers and performed the duo’s hit Meant to Be, before making her way to Ella Mai for a chorus of Boo’d Up. Kelly subsequently climbed on stage and was joined by dancers as she sang snatches of tracks, including Maroon 5’s Girls Like You, a country take on Zedd’s The Middle, Calvin Harris and Dua Lipa’s One Kiss, Panic! At The Disco’s High Hopes, as well as an impressive take on Cardi B’s I Like It.