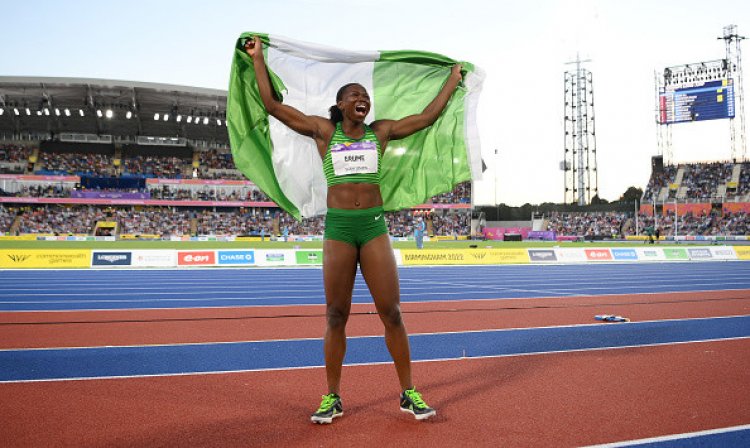 Long jumper, Ese Brume, has said she believes the gold rush by Nigeria’s women at the 2022 Commonwealth Games will inspire girls in the country to take up sports.

Team Nigeria also won nine silver and 14 bronze medals, taking the total to 35 medals, that see them sit seventh on the medals table. It was Nigeria's best performance ever in Birmingham since it started taking part in the Commonwealth Games in 1950

Speaking with BBC Sport Africa, Brume said: “I know this will be an inspiration for them (young girls). Of course, when you see someone you look up to doing well, you want to definitely be like them. So this is going to motivate and inspire them. I hope it works.”

Three-time African champion Brume set a new Games record with a leap of 7.00m to win, adding a second Commonwealth gold to the one she claimed in Glasgow eight years ago.

“This is one thing I really wanted – to get the Games record,” she added.

“This is special for me, because it shows consistency. It shows the hard work of all those that have supported me, and my coach who has been backing me up.

“Sometimes it’s about how you’re able to show that what you’re doing is not a fluke.”