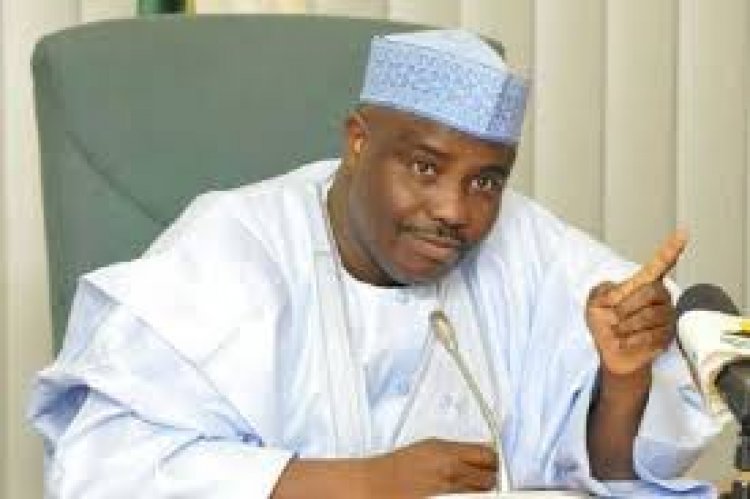 The Sokoto State Government has come under fire for its alleged silence on the broad day murder of Deborah Samuel, who was killed for blasphemy.

HURIWA has also condemned the hierarchies of the Nigeria Police Force and the Department of State Services (DSS) whose operatives reportedly witnessed the lynch mob action meted on the Christian girl from Niger State.

Until her killing over alleged ‘blasphemy’ by Islamic extremists in mid-May 2022, Deborah was a two-hundred-level student of Shehu Shagari College of Education, Sokoto.

Vexed by what appeared to be an apparent sweeping under the carpets of impunity of the heinous crime of murder and extra-legal execution by armed non-state actors, the rights group warned of the profound implication of letting murderers walk freely in the streets of Nigeria by a democratically elected Sokoto State government.

“The loud silence by governor Aminu Tambuwal on this despicable, primitive, irrational, vexations crime against humanity and the deliberate lack of information to the general public on this matter, is a severe blight on the public image of the Sokoto State governor who for many years was a senior national legislator and even became a speaker of the federal House of Representatives,” HURIWA said in a statement signed by Emmanuel Onwubiko, its National Coordinator.

“Deborah Samuel was a Christian who went to find knowledge in Sokoto the citadel of learning but was killed over purported blasphemy by an unruly mob in the presence of law enforcement agents.

“The Sokoto State governor even put up a flimsy excuse for the armed security operative’s inability or unwillingness to disperse the killer mob that killed Deborah and thereby watched until the young innocent Northern Christian girl was lynched to her death and her remains set alight.

“Her broad daylight execution will forever be a very dangerous incident that shows that Nigeria is primitive, uncaring, and the political rulers are heartless and lawless. Why on earth are the killers not yet sanctioned in accordance with the law? why was no single Police or DSS Chief punished for dereliction of duty?

“HURIWA as a non-religious body committed to the advancement of human rights including FREEDOM OF SPEECH, RELIGION AND ASSOCIATION, is scandalized that Sokoto State administration led by a very senior lawyer who rose to become National publicity secretary of Nigerian Bar Association, Speaker of Nigerian parliament and now the governor, has not successfully prosecuted mass killers captured on video or is he making effort to inform Nigerians and the World on what his government has done to bring the killers to the long arm of the law.”

”A Christian girl Miss. Deborah Samuel, a student of Shehu Shagari College Education, Sokoto, was gruesomely killed on the second Thursday of May 2022 for allegedly “making blasphemous statements.

HURIWA warned that if the Sokoto State Governor is unable to resolve this unique but disturbing case of murder as soon as possible, CSOs will definitely approach the international community to take steps to compel the governor to fish out the killers for appropriate justice in line with the laws of the Federal Republic of Nigeria.