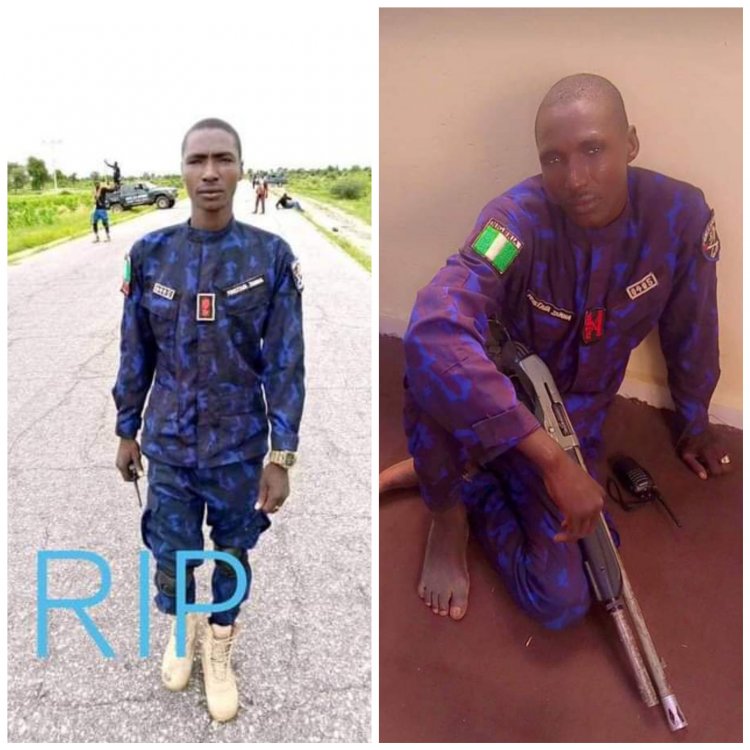 Condolences are pouring in for a top commander of the Civilian Joint Task Force (CJTF) in Nganzai Local Government Area of Borno state, Mustapha Zanna, who was killed by Boko Haram terrorists.

Mustapha, popularly known as Bushman, was killed in his residence at Gajiram the headquarter of Nganzai LGA, on Wednesday night, September 28, 2022.

Nganzai leaders, Asheikh Mamman Gadai and Mohammed Ali Gajiran, on Saturday, October 1, paid a condolence visit to the family of the deceased.

The chairman and his entourage described the late CJTF commander as a hardworking and dedicated fighter, who was always ready to forestall any security challenges.

In his condolence message, the state Commissioner for Reconstruction, Rehabilitation and Resettlement, Engr Mustapha Gubio, said the gallant CJTF commander played a huge role in all the military operations in Nganzai and other surrounding local government areas in Northern Borno.

In his tribute, one Mohammed Abba, described the deceased as brave, gentle and 100% loyal.

"I was seriously in mourn with information on assassination of Mustapha Zanna, the hardworking Commander of Civilian Joint Task Force (CJTF) Of Gajiram Nganzai. Mustapha Zanna was popularly known as Bushman, who have been tirelessly working 24/7 to fight against Boko Haram/ISWAP to protect the greatest people of Nganzai, Borno and Nigeria at large," he wrote.

"He was attacked and killed at midnight by Boko Harams at his residence in Gajiram Nganzai LGA of Borno State. A gallant CJTF commander Mustapha Zanna was very brave, gentle and 100% loyal to both administrative, traditional, religious and societal leaders of Gajiram Nganzai and Borno in general.

"Bush man was operation commander and was always in the field of operation and played a vital role with his boys in all the targeted areas of operations in Nganzai and other surrounding local government areas in Northern Borno.

"He had indeed shown his tireless efforts to protect his land. May Allah pay him back with Jannahtul Firdausi and to comfort his family." 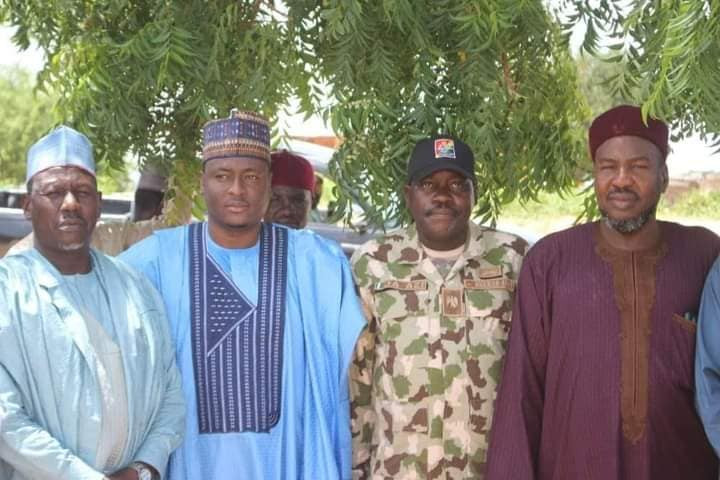 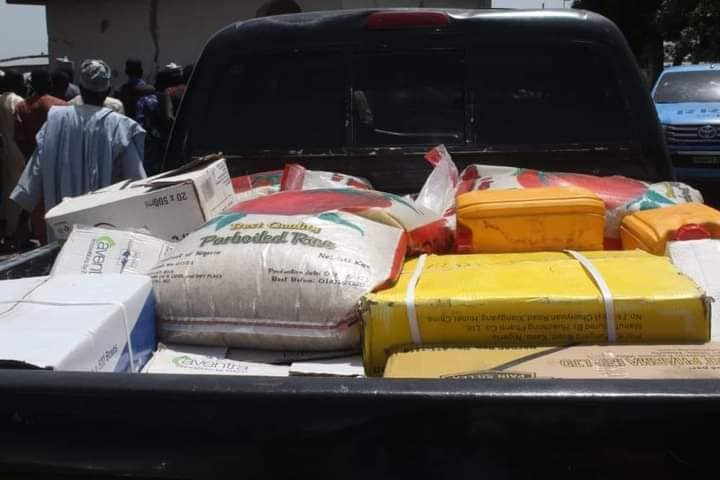 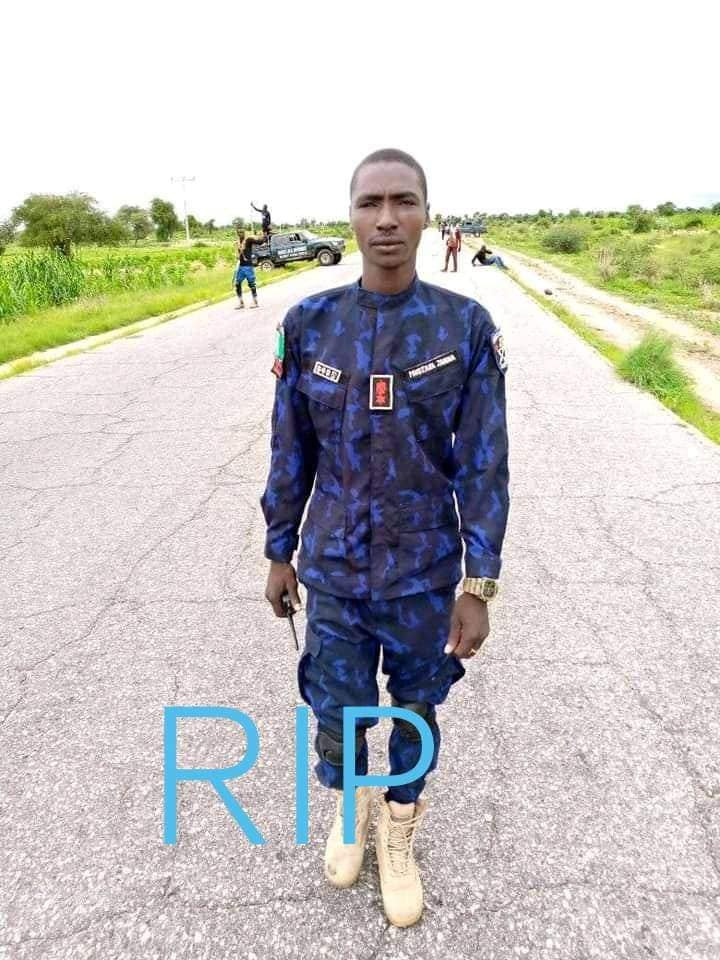 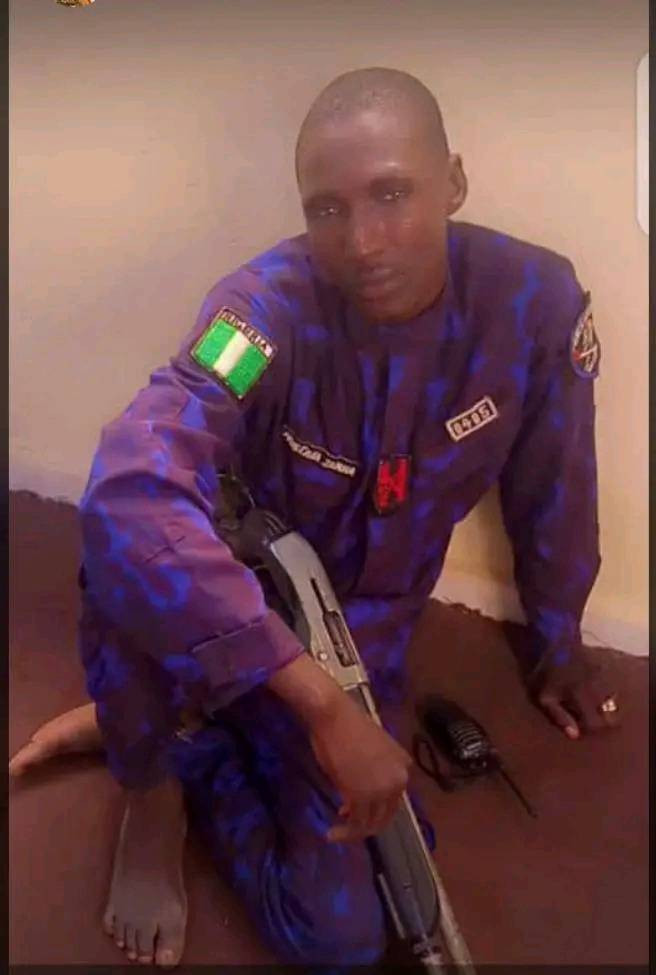 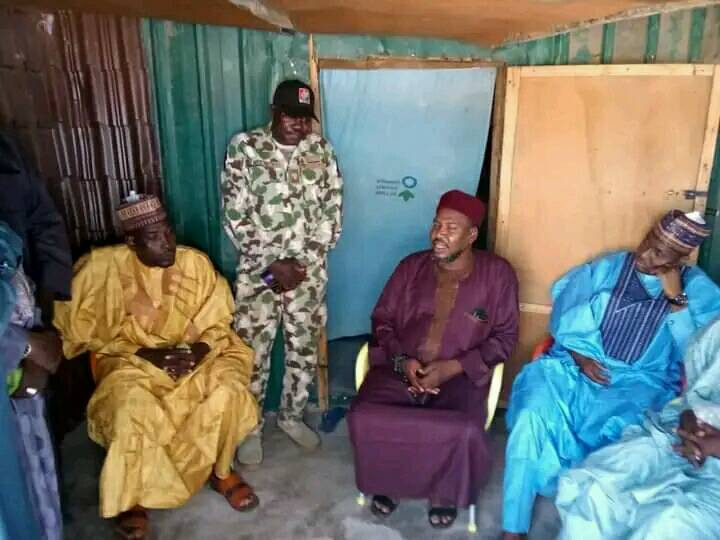 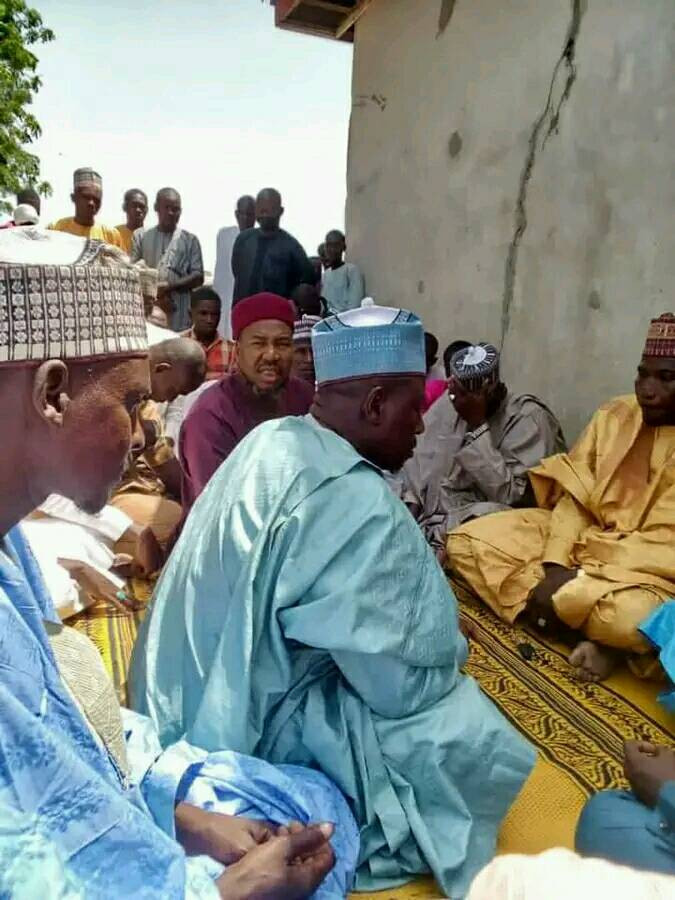 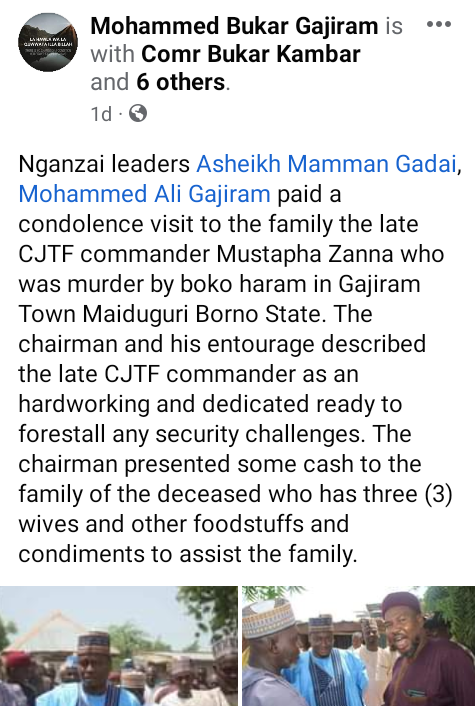