A bride’s strapless wedding dress has gone viral for all the wrong reasons on Facebook.

The tattoo appears to cover the bride’s breasts and looks like yellow-faced emoji. Then the two yellow tattoos are joined by an inked strap that runs behind her neck. 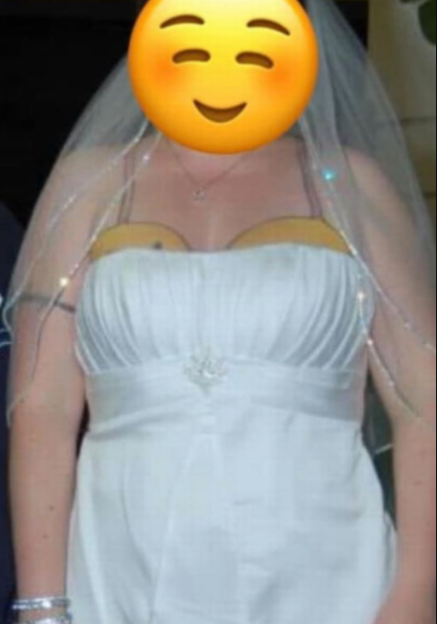 Since it was posted on Facebook, multiple social media users were left baffled by her tattoo and they left comments saying it didn’t do justice to her wedding dress. 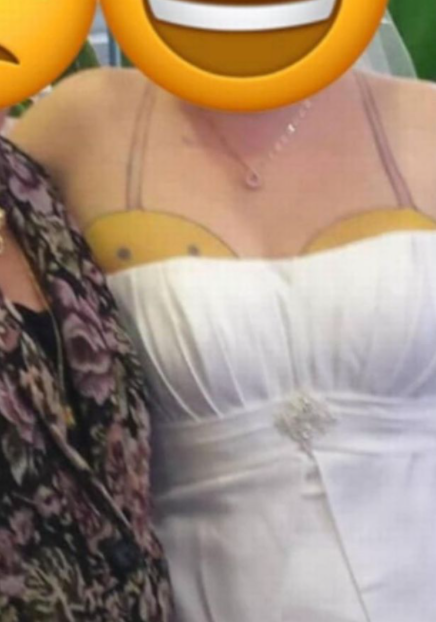 One wrote: “I’m not sure I’ve ever wanted to see a girl topless more for completely non-sexual reasons.”

Another added: “I need to see the entire tattoo! Like, is her entire boob just a yellow smiley face?”

A third commented: “Honestly I would just like to know what the whole tattoo is.”

A fifth questioned: “Why? I have so many questions. “Who goes to the tattoo shop and says ‘Can I get a smiley face bra on my boobs?'”