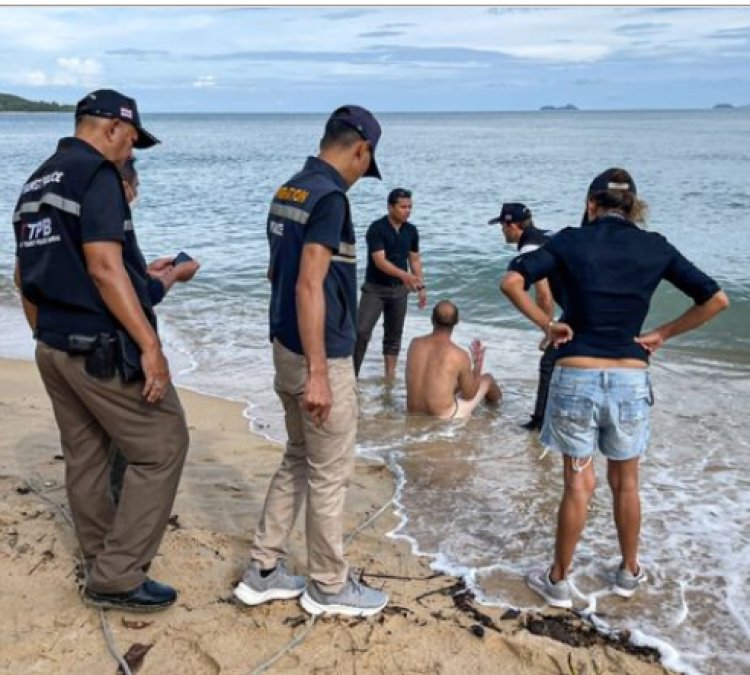 A "drunk" British man was found naked singing football songs on a beach after an all-night birthday party.

Alexander William Loftus, from Epsom in Surrey, was found by fishermen struggling to stay afloat in the sea off the coast of Maenam Beach on Koh Samui island, Thailand.

A video shows a small group of Thai fishermen trying to get him onto the boat and taking him to the shore, where he meets the policemen.

When he meets the policemen, he tells them to "go and meet with God".

The 30-year-old has no clothes on as he is asked to "go back to the hotel and shower". 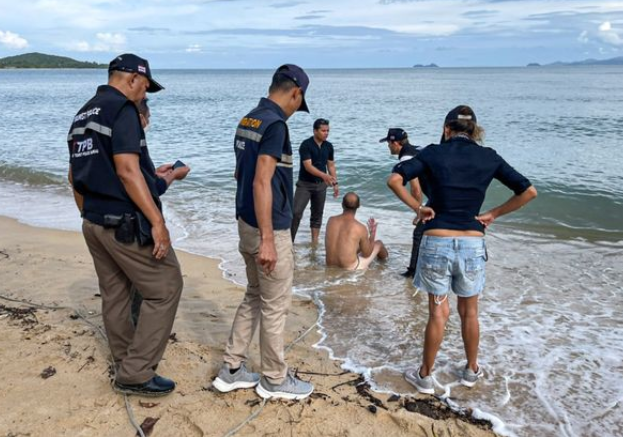 But he refuses and apparently says: "No, I'm not going back.

"Let me worry about getting back and let me relax. I'm coming here to go to a wedding."

One onlooker, Theerayut, who lives close to the beach, said: "I heard the tourist shouting and singing songs on the beach.

"It was like football songs. I just assumed he was drunk so I didn't go near him." 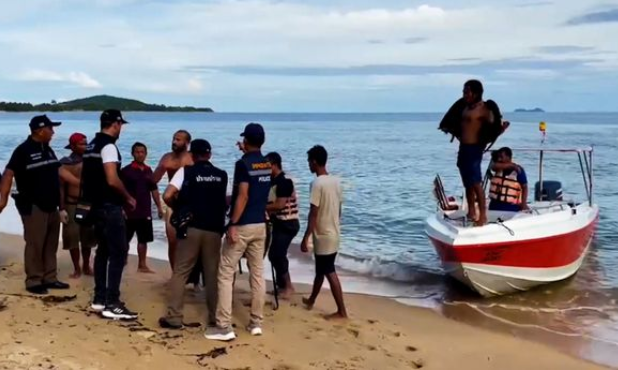 Officers eventually took Alex to the local station where he had a drug test, which came back negative.

He was fined for public indecency but will be allowed to return to the UK when his holiday ends.

Several packets of marijuana were found in his hotel but police will take no action over that as it was recently legalised.

Surat Thani Immigration Official Captain Aroon Moosikim said Alex arrived on the island on October 10 with a tourist visa and stayed at a nearby resort, but staff complained he was noisy and caused trouble for their other guests.

The police chief said Alex joined a party over the holiday weekend but claimed he could not remember anything else.

He said his friends had not seen him since October 27 until he emerged on the beach on October 29.

"The tourist told us he joined a party but he could not remember anything else," he continued.

"He also said he wants to bring everyone to meet with God.

"We were having difficulty communicating with him because he was talking nonsense so we had to stop the questioning briefly. We will monitor him closely."

Ebonyi: Why we have not acted on court judgment sacking...