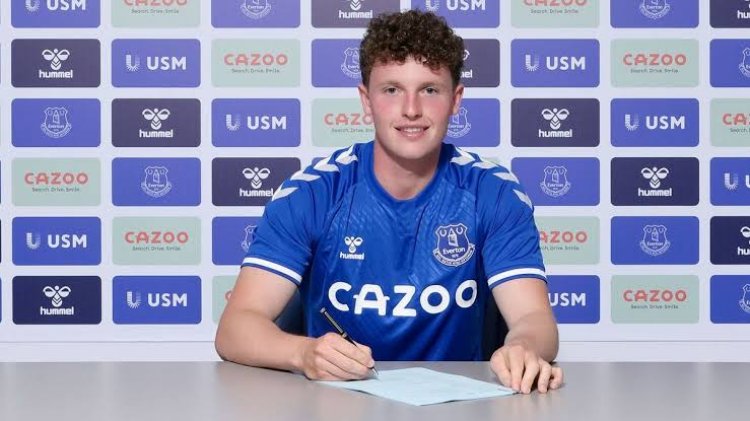 Nathan Broadhead has signed a new two-year contract at Everton to keep him at the club until the end of June 2024.

The Blues forward completed a loan move to Wigan Athletic on Tuesday and will spend the 2022/23 season with the Championship side.

Broadhead made his senior Everton debut in December 2017, coming on as an 82nd-minute substitute in the 3-0 Europa League group stage win over Apollon Limassol in Cyprus.