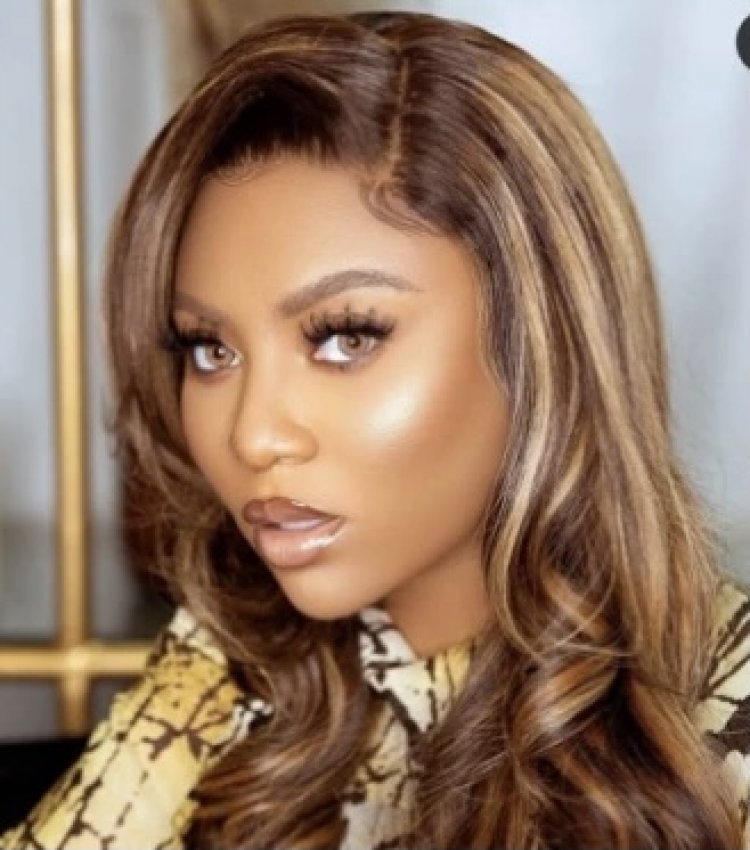 Media personality, Stephanie Coker, has said that marriage crashes are not peculiar to celebrities and people in the entertainment industry.

The mother of one stated this via her Instastory on Friday, July 1, following the varying reactions trailing the end of Funke Akindele and JJC Skillz's marriage.

"Celebrity marriages are not constantly crashing. They are just the most publised," she said. "Medical professionals, lawyers, bankers, the list goes on, they also get divorced,"

"Stop using celebrity marriages to encourage/deter you from tying the knot. This is my message tor team 'my marriage will work in Jesus name' commenters." she added. 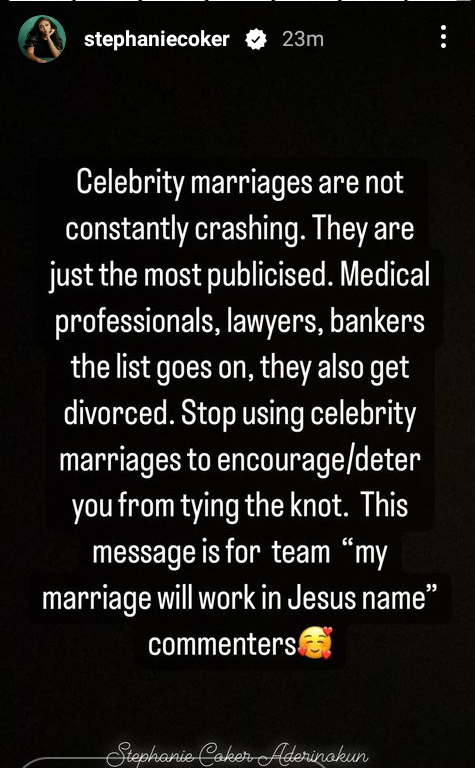 If not for Lagos, somebody like me will be in Aba chasing lizards to use as a native...

Instagram comedian, Isbae U confirms he is Dating Colleague...

Actor, Odunlade Adekola, reacts to rumors he demands for...