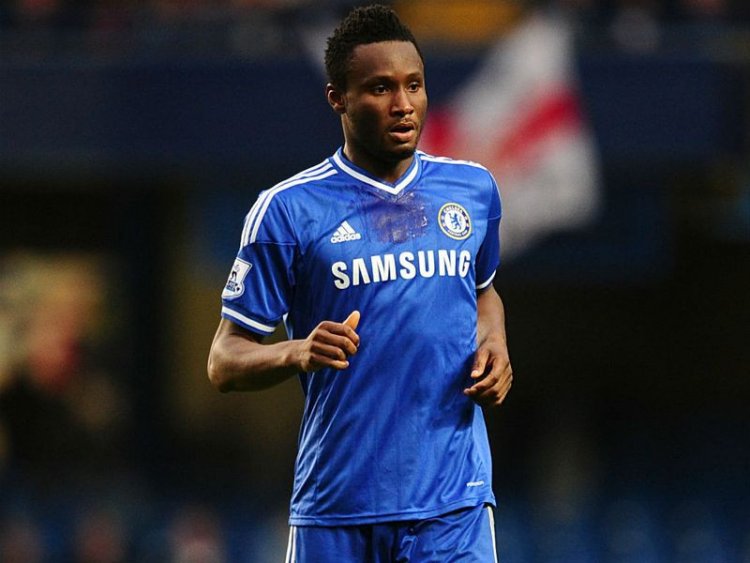 Chelsea legend and ex-Super Eagles captain, John Obi Mikel has announced his retirement from football at the age of 35.

The former Nigerian international took to Instagram on Tuesday, September 27, to announce his decision to hang up his boots with a lengthy statement. 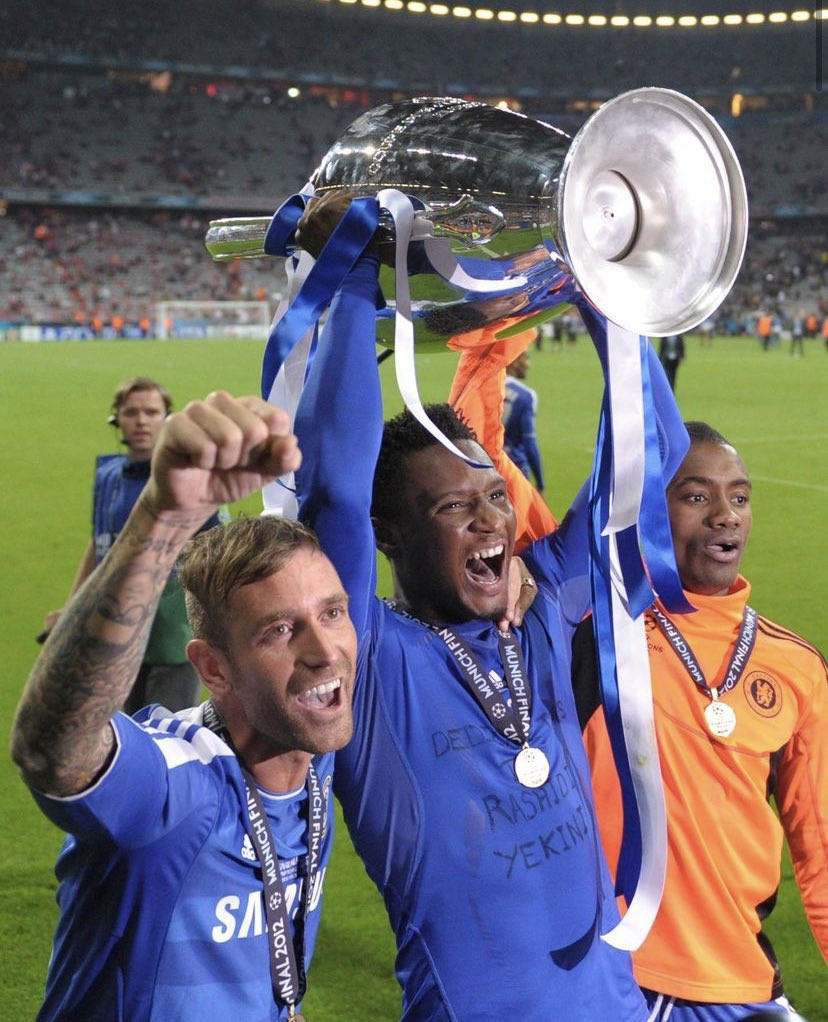 The legendary midfielder's message read: "There is a saying that “all good things must come to an end”, and for my professional football career, that day is today.

"I look back at the past 20 years of my career, and I must say that I am very satisfied with all that I was able to achieve and more importantly the human it has helped shape.

"All of this would not have been possible without the unwavering support of my family, managers, clubs, coaches, teammates and most importantly my ever-loyal fans.

"You supported me through my highs and lows, even on days that I did not live up to your expectations. I say a big thank you.

"I will also like to encourage everyone who I may have inspired one way or the other in the course of my career to never give up on their dreams, for every time you think about quitting, remind yourself why you started.

"This is not goodbye, it’s the start of another journey, another chapter of my life. I look forward to what the future holds and I hope you will walk with me. Thank you." 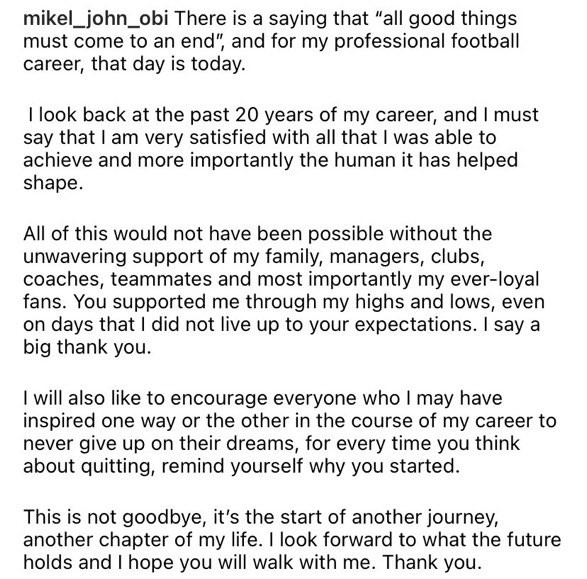 Mikel kicked off his professional career in 2004 with Norwegian outfit Lyn. Chelsea later scouted him two years later and brought him to their star-studded squad at Stamford Bridge.

During his 11-year stint at west London, he amassed a total of six goals and 13 assists in 372 appearances.

Mikel was also part of the Chelsea side that won the 2012 Champions League trophy.

Obi Mikel left Chelsea in 2017 for Chinese outfit Tianjin TEDA before his return to England for Middlesbrough only two years later. He then moved to Turkey in 2019 where he won the Turkish Cup with Trabzonspor a year later.

Obi Mikel made one final comeback to England in 2020 for Stoke until his departure for Kuwait SC a year later.

The Chelsea hero had been a free agent since last November until his decision to end his career.